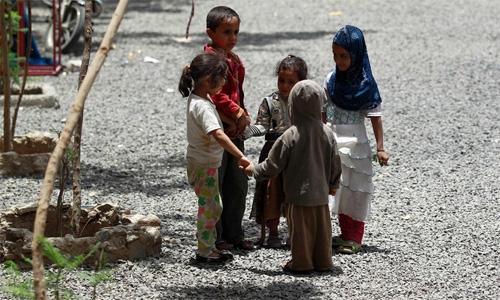 Manama : The United Nations (UN) has withdrawn its allegations and pledged to review its recent report that accused the Arab Coalition, currently fighting to restore legitimacy in Yemen, of targeting children. The UN decision came following nationwide condemnation of the report.

UN Secretary-General Ban Ki-moon confirmed in a recent statement that the international organisation had unlisted the Saudi-led Arab Coalition, which includes Bahrain, from its annual report of States and armed groups that violate children’s rights in war.

The report was criticised by many personalities and officials in the GCC.

The Kingdom’s first reaction was made by Foreign Affairs Minister Shaikh Khalid bin Ahmed Al Khalifa, who tweeted, “The UN knows who’s launching rockets and taking shelter in schools and between houses. They are responsible for posing the lives of children to danger.”

Meanwhile, Representatives Council’s Speaker Ahmed Al Mulla condemned the allegations mentioned in the report, insisting that the UN officials should seek accuracy in their statements.

Speaker Al Mulla added, “The international community is well aware that the Huthis use civilians and children as soldiers to attack residential areas.”

Several MPs in the Kingdom of Bahrain also slammed the UN’s report, describing it as inaccurate and misleading.