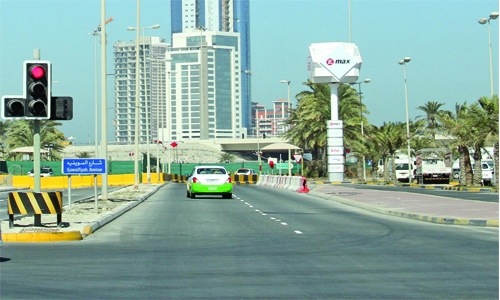 A road through Al Farooq Junction was reopened yesterday, following four years of closure. This is the second section of the Al Farooq junction that has been reopened. The move, according to residents and visitors, is expected to alleviate traffic congestion in the area to a great extent.

Commenting on the opening, Capital Secretariat Chairman Mohammed Kozaie said developments at Al Farooq Junction are set to continue as more roads may re-open there in the future.  He also said that the reopened road would ease the flow of traffic out of Manama Central Market to the main road. 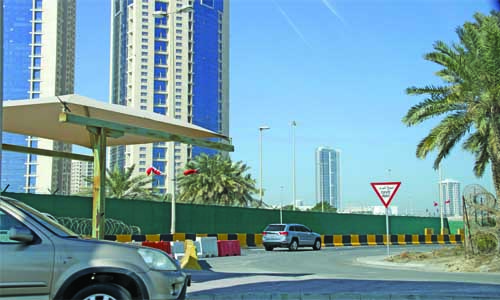 Last June, the U-turn underneath the flyover on King Faisal Highway was reopened. It allowed drivers who were en-route to Muharraq to have easier access to Bahrain City Centre and Seef District.

“This was done after the success of the first reopening back in June. Now it is easier to go from central market to the main road. Especially if one needs to go to Muharraq, it will be quicker and easier. However, it does not work the other way. The road does not connect those coming from the main road into the central market. I heard it is possible that there may be re-openings in future,  but I don’t have any details at the moment,” he said. 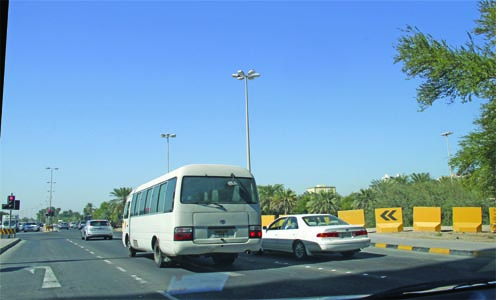 Shopkeepers and businessmen at the central market and the shopping complex in the area hailed the development, but stated that more needs to be done to alleviate traffic congestion in the area.

“This definitely makes things easier for the shoppers. Opening or reopening roads here will definitely make us more accessible and attractive to shoppers,” said Tariq, who manages a garment store in the area. “It has been a week since it reopened, but we have not noted any spike in the amount of visitors. I think gradually people will start coming when they find out about the developments,” he added.  When contacted, a Works Ministry official also confirmed the reopening, but did not comment further. Al Farooq Junction was closed since March 2011, following an  unrest that occurred in the area at that time.

Assange hopes to walk out of embassy after UN panel ruling