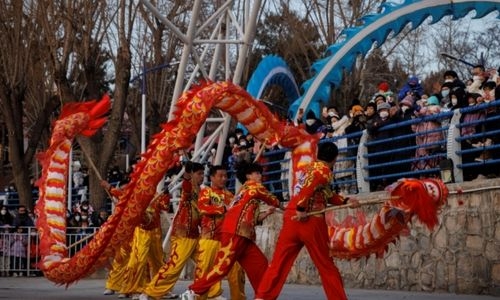 China rang in the Lunar New Year on Sunday with its people praying for health after three years of stress and financial hardship under the pandemic.

Queues stretched for about one kilometre (a half-mile) outside the iconic Lama temple in Beijing that had been repeatedly shut before COVID-19 restrictions ended in early December, with thousands of people waiting for their turn to pray for their loved ones, Reuters reported.

One Beijing resident said she wished the year of the rabbit will bring "health to everyone".

About 110 million railway passenger trips are estimated to have been made during January 7-21, the first 15 days of the 40-day Lunar New Year travel rush, up 28% year-on-year, People's Daily, the Communist Party's official newspaper, reported.

A total of 26.23 million trips were made on the Lunar New Year eve via railway, highway, ships and airplanes, half the pre-pandemic levels, but up 50.8% from last year, state-run CCTV reported.