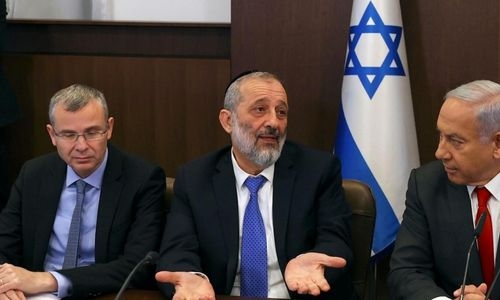 "It is with a heavy heart, with great sorrow and with an extremely difficult feeling that I am forced to transfer you from your position as a minister in the government," Netanyahu told Deri, who held the health and interior portfolios and who was convicted last year of tax evasion.