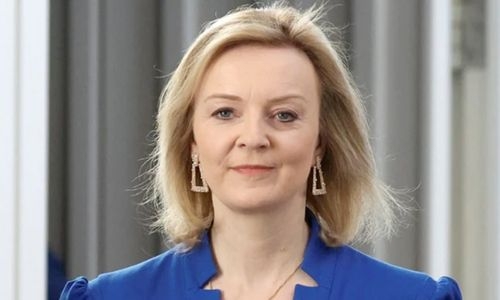 Britain on Monday scrapped plans to axe its top income tax rate just 10 days after a debt-driven budget sparked turmoil on markets and fierce criticism during a cost-of-living crisis.

On the second day of the ruling Conservative Party's annual conference, finance minister Kwasi Kwarteng tweeted he was "not proceeding" with the removal of the top 45-percent income tax rate, adding it had become a "distraction".

The announcement also marked the first major policy U-turn under British Prime Minister Liz Truss, who took office less than one month ago.

"We get it, and we have listened."

Kwarteng had proposed to remove the 45-percent rate applied to Britons earning more than $167,400 per year.

The so-called mini budget had sent the pound plunging to a record dollar low and sent bond yields spiking on fears of a borrowing splurge.

The budget included a costly freeze on energy bills for individuals and businesses, in an attempt to cushion fallout from key gas producer Russia's invasion of Ukraine.