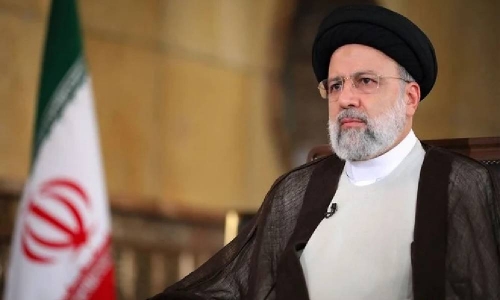 Iran’s clerical rulers are in disarray over how to crush mass anti-government protests amid rifts over security tactics and high-level maneuvering over who will succeed Ayatollah Ali Khamenei, analysts say.

Nationwide unrest over the death of 22-year-old Mahsa Amini in morality police custody has coincided with new rumors about the 83-year-old supreme leader’s ailing health, posing a threat to Iran’s religious establishment.

Although in theory, the 86-member Assembly of Experts will choose the next leader, jockeying for influence has already begun, making it difficult for the ruling clerics to unite around a set of security tactics.

“This race has caused disarray inside the leadership. The deepening rift is the last thing we need when the country is in turmoil,” one hard-line official said. “The main issue right now is the Islamic Republic’s survival.”

The two candidates viewed as favorites to replace Khamenei are his son Mojtaba and President Ebrahim Raisi. “Neither of them has popular support,” said Karim Sadjadpour, a senior fellow at the Carnegie Endowment for International Peace. “But what keeps the Islamic Republic in power is not popular support, but repression — and both men are deeply experienced in repression.”

As the protests spread to 80 cities nationwide, Iran’s rulers have accused a coalition of “anarchists, terrorists and foreign foes” of orchestrating the troubles — a narrative few Iranians believe.

Alarmed by the depth of popular outrage, some senior clerics and politicians have appealed for restraint to avoid bloodshed that could galvanize and embolden protesters.

But that has not stopped hard-liners calling for tougher measures, despite the death of at least 75 protesters in the security crackdown. “A part of the establishment fears that this time using more lethal force can push the Islamic Republic to a no return point,” said a senior former Iranian official.