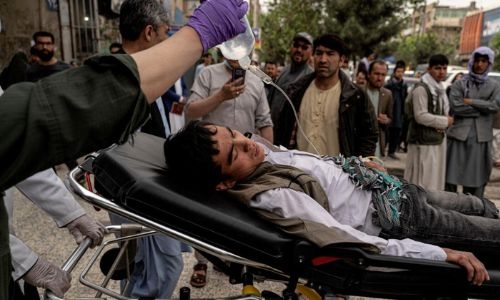 The grenade attack on Usman Zonurain seminary in Rodat district took place early Saturday, and all the injured have been taken to a hospital, Xinhua quoted police spokesman Abdul Basir Zabuli as saying.

The attack came amid a three-day gathering of religious scholars and elders in the capital Kabul which will conclude on Saturday.Meanwhile, the participants of the jirga, or grand assembly, are expected to announce their decisions on a series of issues including reopening schools for girls from grade seven to grade 12, the type of government, the national flag and the national anthem.

Several civilians were killed and injured in Nangarhar when a bomb blast took place the previous week. The unidentified attackers used a magnetic mine targeting the vehicle of the head and the target of the blast was the head of the district health department.