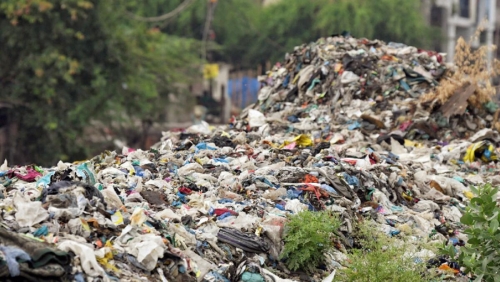 In yet another significant step to reduce the menace of plastic pollution, the Centre has issued guidelines to states asking them to ban the use of select single-use plastics effective from July 1, 2022.

Single-use plastics are typically items that are discarded after being used only once and does not go for the recycling process.

Here's some of the items that are banned:

These are some of the biggest contributors to plastic pollution.

The adverse impacts linked to littered single-use plastic items on both terrestrial and aquatic ecosystems are globally recognized.

Some alternatives that can be used instead:

1. Paper, jute, glass, wood and clay, among others, can be a better and low-cost alternative to the banned items.

There are many small enterprises and entrepreneurs in the country who can meet the rising demand for such alternatives.

2. Stainless steel made up of various metals such as iron, chromium, nickel, among others can be used.

3. Bamboo can be a major alternative as it is produced in abundance in the country. It's a highly biodegradable item.

4. Wood too is biodegradable, and the has potential to be one of the best alternative solution.

In line with the clarion call given by Prime Minister Narendra Modi to phase out single use plastic items by 2022, the Union Environment Ministry announced the Plastic Waste Management Amendment Rules, 2021, on August 12, 2021.

Carrying forward the spirit of 'Azadi ka Amrit Mahotsava' -- 75th year of Independence, a defining step to curb pollution caused by littered and unmanaged plastic waste is being taken by the country.

Penalty for violating the ban

Any violation of the norms -- manufacture, import, stocking, distribution, sale, and use -- will attract penalties and punishments laid out under the Environment Protection Act, 1986.

In order to properly monitor the process of phasing out of such plastic articles, a National Control Room has been established in the Central Pollution Control Board to monitor the enforcement of the ban, besides asking the state boards to undertake comprehensive awareness activities including social media campaigns, interactive meetings with industries, colleges, schools and other institutions.

The state boards have further been directed to intensify inspections of industrial and commercial establishment for effective implementation of the ban.

On the demand side, directions have been issued to e-commerce companies, the leading user of single use plastics, as well as plastic raw material manufacturers to phase out such items.

Several industries had earlier argued that India has a low production capacity of alternative solutions to such banned items, and any shortage of such articles may add up to the manufacturing costs and hurt their margins.

To ramp up the production, capacity-building workshops are being organized for industry units to provide them technical assistance for manufacturing of alternatives to banned single use plastic items with the involvement of various government agencies.

Provisions have also been made to support such enterprises in transitioning away from the banned single use plastics.