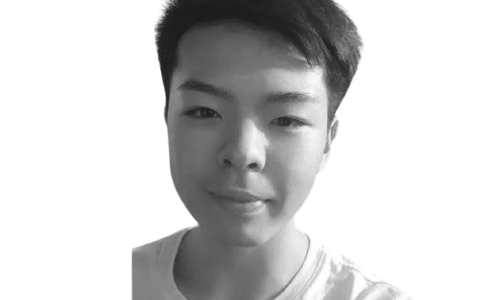 A teen reportedly died by suicide after his search for his birth parents went viral on social media and they rejected him.

Liu Xuezhou took his own life at a beach in Sanya, a city in Hainan province, the teenager's aunt Chai Mou told Chinese media. Sanya police confirmed his death to the Chinese outlet The Paper.

Liu's story first came to national attention when he posted a video on December 6 asking for help finding his biological family.

The teen said in the video he was born between 2004 and 2006 in Hebei province and was sold by his biological parents to his adoptive parents when he was three months old.

Liu's biological mother, identified by Chinese outlets only as Ms Zhang, disputes this. She told The Paper that they planned on giving their son away and not selling him, but that the middleman who sold Liu to his adoptive parents insisted on gifting them money.

According to Liu, his adoptive parents died in a fireworks accident when he was 4.

Liu said last year that he was working part-time to pay for his studies at a vocational school and was scraping by. Last week, he posted a photo of a dilapidated house, claiming it was where he stayed.

As his request for information gathered steam online, police from his home region found his biological father through DNA testing.

On December 27, the teen met his dad in Shijiazhuang, the capital of Hebei, according to Sina News.

But Liu said his father refused to take him in because he was already raising another family.

In early January, Liu said he found his biological mother in Inner Mongolia and travelled to meet her. Like his father, she rejected the teen, saying she just "wanted a peaceful life" and had her own family, Beijing News reported.

According to Beijing News, Liu's biological parents pooled their money and sent him on vacation to Sanya.

Liu accepted the trip but continued to ask his parents to help with his housing. They both refused the request, the teen said on Weibo.

He said his mother then blocked his number and social media accounts, calling him a "white-eyed wolf," a Chinese term used to describe someone ungrateful, cold-hearted, and cruel.

Zhang told The Paper that she blocked Liu because he kept asking her to buy him a house, which she said couldn't afford.

Liu's father, who the outlet identified as Ding Mou, also claimed that Liu had asked him to buy a house for him. However, Liu disputed this on Weibo and said he had only asked that his parents help him cover rent.

Liu said last week that he was bombarded with messages from critics and internet trolls. As of Monday, Weibo discussions of Liu's death, search, and relationship with his parents had amassed more than 150 million views, and Liu had accumulated more than 160,000 followers.

Most Weibo users supported his campaign and condemned his parent's decision to give him up like a baby (child trafficking or abduction in China is punishable by up to 10 years in prison).
Two prominent lawyers, Zhou Zhaocheng, who regularly covers cases regarding cyberviolence, and Guo Gangtang, who specializes in reuniting trafficked children with their parents, also spoke out in support of Liu.

On January 19, Liu announced on Weibo that he planned to sue both of his parents. "Originally, I thought about your children and gave up on this. But now I see you have confused black from white and can't recognize your misdeeds," he wrote.

Then on Sunday night, he posted what appeared to be a suicide note to the platform, inciting panic among his followers.

"In the past couple of days, there have been people attacking and cursing me on Douyin and Weibo," he wrote in the 10,000-word note.

"I have endured being called many types of curses, like 'scheming son of a bitch,' 'go and die quickly,' 'disgusting,' and 'sissy.'"

He added that he'd been "abandoned twice by his biological parents."

But Liu's mother denied she abandoned her son.

"Since the start, we didn't have the financial ability; now we don't have that ability," she said in an interview with The Paper on January 20.

"He's pressuring us to buy him a house without caring if we live or die.

His parents are also heartbroken."