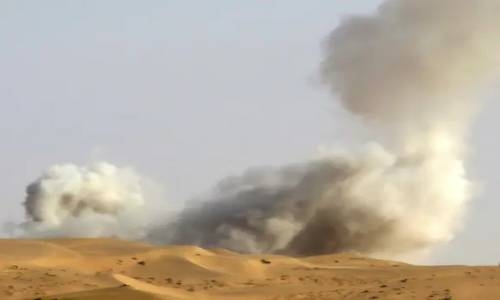 The Arab Coalition carried out targeted military strikes against the Iran-backed Houthi militia in the Yemeni city of Marib, killing 250 “terrorists” and destroying 22 military vehicles, the coalition said in a statement carried by the official Saudi Press Agency (SPA).

Yemen’s Iran-backed Houthis launched dozens of cross-border attacks on Saudi Arabia throughout 2021. The Arab Coalition has been carrying out attacks against legitimate military Houthi targets in Yemen in recent months, warning civilians to not approach or gather around the targeted sites beforehand.