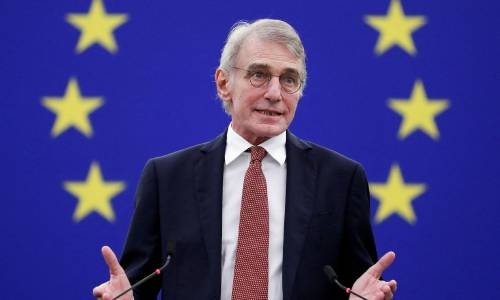 European Parliament President David Sassoli died on Tuesday in hospital in Italy where he was admitted on December 26, his spokesperson and office said.

Sassoli, an Italian socialist and former journalist from Florence, had been hospitalised last month due to a "serious complication" related to his immune system, his office had said on Monday.

He had been president of the 705-seat parliament since 2019.

In his inaugural speech, Sassoli had urged Europeans to counter the "virus" of extreme nationalism and called for a reform of EU rules on migration and political asylum.

His term in the predominantly ceremonial role had been due to end this month.

Due to illness, he had been unable to chair the Strasbourg-based parliament in recent weeks and had missed the European Commission's annual state of the union event in September.

Loeb closes the gap to turn up Dakar pressure