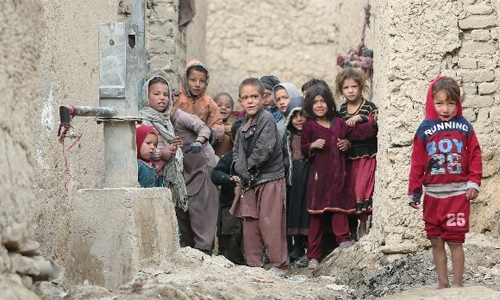 “The Yemen conflict has just hit another shameful milestone.

We now have 10,000 children who have been killed or maimed since...

March 2015,” UNICEF spokesperson James Elder told a UN briefing in Geneva after returning from a visit to Yemen.

“That is the equivalent of four children every single day,” Elder said, adding that many more child deaths or injuries went unreported.

Four out of every five children — a total of 11 million — need humanitarian assistance in Yemen, while 400,000 are suffering from acute malnutrition and more than 2 million are out of school, Elder said.

UN-led efforts to seal a ceasefire have stalled as the Houthis resist compromise to end more than six years war.