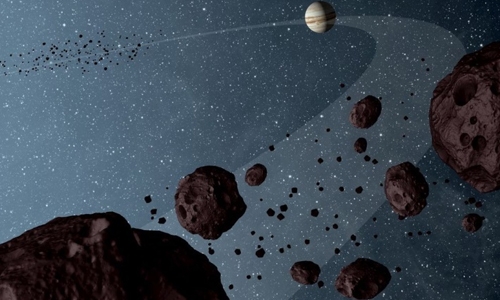 NASA probe Lucy blasted off on Saturday on a mission to investigate Jupiter's asteroids.

Launched with the help of an Atlas V rocket from Cape Canaveral in Florida, Lucy began a 12-year mission that will take it a total of around 6.5 billion kilometres into space, dpa reported.

The over 14-metre-long probe, which is powered by fuel and batteries that can be recharged via solar panels, is to fly close to seven of the so-called Jupiter Trojans.

The Trojans are asteroids that orbit the sun on the same path as Jupiter - a swarm rushes ahead of it, one follows behind. They are considered "remnants of the primordial material that formed the outer planets," which is why NASA hopes that the mission will provide new insights into the formation of the planets and our solar system.