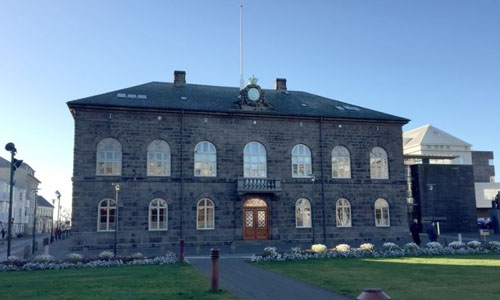 Iceland elects a new parliament on Saturday, with polling stations due to open at 10 am (1000 GMT).

First partial results are to come in shortly after polls close at 10 pm, but a final result is not expected until Sunday morning, dpa reported.

Iceland's Althing parliament, the oldest in the world, has 63 seats, which means that at least 32 seats are needed for a government majority.

Experts have predicted a close race and believe that a future government could consist of a four or even five-party coalition from the centre-left spectrum.

The non-EU country with some 360,000 inhabitants has been governed by Prime Minister Katrín Jakobsdóttir for the past four years.

The 45-year-old is popular in the country, but her leftist-green V movement lost some support over the fact that, after the last parliamentary elections in 2017, she formed an unusual government coalition with the conservative Independence Party (D) and the rural-liberal Progress Party (B).

But according to observers, Jakobsdottir's leftist-green movement still has a chance of garnering enough votes to stay in power despite projected losses.

"She is very popular as prime minister, even with people who do not vote for her party," political scientist Eva Heida Önnudóttir from the University of Iceland in Reykjavik told dpa ahead of the elections.

Thanks to its remote location, Iceland fared better during the coronavirus crisis than most other countries in Europe. However, after over a year since the pandemic began, the issue of health was a key battleground during the election campaign alongside climate change and the environment.