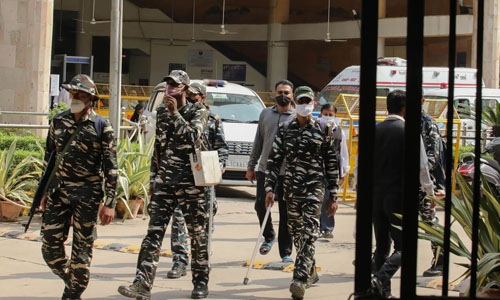 In view of gangster Jitendra Mann Gogi’s shootout at Rohini Court on Friday, there is a possibility of gang war, therefore, all Delhi jails including Tihar Jail, Mandoli Jail and Rohini Jail have been put on high alert, informed the Jail Officials.

“As Gogi was lodged in Tihar and his rival Tillu is in Mandoli jail, these jails have been put on special alert,” stated the officials.

“Many miscreants and shop shooters of both the gangs are also lodged in Rohini Jail,” stated the officials further.

“The attackers have been identified as Rahul Tyagi and Jagdeep and both of them have been shot dead by the police in retaliation,” said Delhi Police Commissioner Rakesh Asthana.

The police also informed that no civilian or court staff was injured during the shootout.