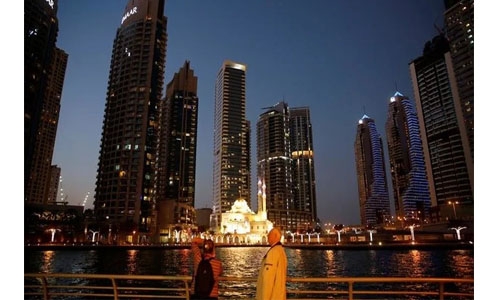 Persistent talk about the UAE considering a shift to a Monday-to-Friday working week has stirred global interest anew, with Britain’s oldest daily newspaper The Times carrying a story about the supposed change.
The Times said the new workweek should bring the UAE “into line with the global economy” as the Gulf state has recently instituted a series of reforms, mainly affecting its majority expatriate population, including decriminalization of alcohol consumption and pre-marriage cohabitation. At least 80 per cent of the UAE’s almost 10 million population are comprised of expatriate workers mostly from Southern and Southeast Asian countries.
The UAE government has not issued an official statement confirming or denying the latest speculation by The Times, although the topic has been circulating among expatriate communities for months now.
State news agency WAM earlier this year stated to deny claims that weekends could switch in May.
“The news that has been spreading on social media that [the] government was planning to make some changes [to] the weekend is fake. No such news has been issued by the government and people should stop circulating such false information as it is misleading residents,” Mohammed Jalal Al-Raisi, executive director of WAM, said in a statement.
Friday is the Muslim holy day marked by prayer and family gatherings, and could potentially conflict with schedules should the Monday-to-Friday working week be adopted. There are ideas that Friday could become a half-day or a ‘work from home day’.
In May 2006, the UAE changed its weekends from Thursday-Friday to Friday-Saturday, which went into effect in September of that year. All of the Gulf countries subsequently made the change, with Saudi Arabia changing its weekends in 2013.