Nigeria faces one of its worst cholera outbreaks, at least 2,323 dead | THE DAILY TRIBUNE | KINGDOM OF BAHRAIN 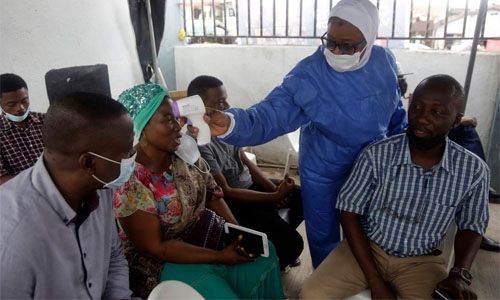 Nigeria is seeing one of its worst cholera outbreaks in years, with more than 2,300 people dying from suspected cases as Africa’s most populous country struggles to deal with multiple disease outbreaks.

This year’s cholera outbreak, with a higher case fatality rate than the previous four years, is worsened by what many consider to be a bigger priority for state governments: the Covid-19 pandemic. Nigeria faces a resurgence of cases driven by the Delta variant, and less than 1 per cent of the population has been fully vaccinated.

At least 69,925 suspected cholera cases were recorded as of September 5 in 25 of Nigeria’s 36 states and in the capital, Abuja, according to the Nigeria Center for Disease Control. Children between 5 and 14 are the most affected age group and the overall case fatality rate is 3.3 per cent, more than double that of Covid-19’s 1.3 per cent case fatality rate in Nigeria.

At least 2,323 people have died from suspected cholera this year, but there are concerns that might be an undercount given that many affected communities are in hard to reach areas.

States in Nigeria’s north where flooding and poor sanitation increase the risk of transmission are the hardest hit. The 19 states in the north account for 98 per cent of the suspected cases.

Cholera is endemic and seasonal in Nigeria, where only 14 per cent of the population of more than 200 million have access to safely managed drinking water supply services, according to government data from 2020, which also shows that open defecation is still practiced by at least 30 per cent of residents in 14 states

But he and other officials say the experience from those health crises has helped Nigeria prepare for the worst. “Prior investment in diagnostic capacity, case management, electronic surveillance systems, event-based surveillance, risk communication, logistic management systems and national/subnational workforce development have paid off significantly during COVID-19 pandemic,” he said.

That has not contained cholera, however, and in some states, authorities have said COVID-19 has taken center stage.

In Kogi State, which has Nigeria’s second-highest cholera case fatality rate at 24.5 per cent, top health official Saka Haruna told the AP the rate is high because of the difficulty in accessing care in hard-to-reach areas.

Even in the capital, finding care has been challenging. Ese Umukoro said she had a “very difficult” experience when her brother, Samson, had cholera and was rejected at three hospitals before being admitted at the fourth. She asked the government to “try their best to at least give us good water to avoid that kind of sickness.”

Sokoto State has Nigeria’s fourth-highest count of suspected cholera cases, and its health commissioner told the AP that 22 of the 23 Local Government Areas have been hit by the outbreak.

“What is driving the infections is lack of good sanitary conditions in our villages and open defecation, aggravated by heavy rainfall,” said Ali Inname.

Engineer Michael Oludare, an Oyo-based water scientist, said it is “very important” for authorities to provide basic water and sanitation. He said the poor, women, children and internally displaced people are among “those that will have problems when it comes to cholera.”

Moreover, Nigeria still grapples with the challenge of inadequate vaccines and trained manpower to cover all Local Government Areas where the cholera outbreak has been recorded.