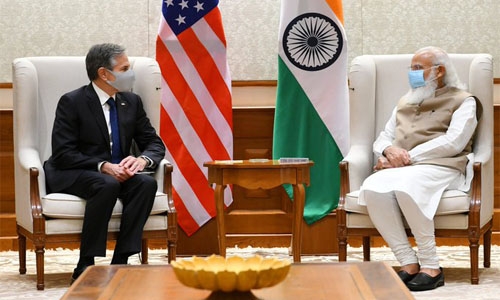 The US Secretary of State Antony Blinken, who is on his first visit to India since joining US President Joe Biden’s administration, welcomed yesterday India’s emergence as a leading global power amid discussions over deepening the US-India Comprehensive Global Strategic Partnership. “India is one of our most valued partners, and the US welcomes India’s emergence as a leading global power,” Blinken said in a tweet after meeting his Indian counterpart, Foreign Minister Subrahmanyam Jaishankar.

Blinken said he had a collaborative discussion with Jaishankar, “on many areas of cooperation, including efforts to support peace and stability in Afghanistan.” “Had a warm discussion with @ DrSJaishankar on deepening the US-India Comprehensive Global Strategic Partnership, including strengthening Indo-Pacific cooperation bilaterally and through the Quad.

I look forward to working together in a continued partnership,” Blinken wrote. He also held discussions with other officials yesterday before calling on Prime Minister Narendra Modi.

Later in the day, Blinker announced a UD$25 million support to India through USAID to back India’s COVID-19 vaccination ping together in a continued partnership,” Blinken wrote. He also held discussions with other officials yesterday before calling on Prime Minister Narendra Modi.

Later in the day, Blinker announced a UD$25 million support to India through USAID to back India’s COVID-19 vaccination programme. “Today, I’m proud to announce an additional $25 million from the US government, through @USAID, to support India’s COVID-19 vaccination programme. The United States’ support will help save lives by strengthening vaccine supply chains across India,” he tweeted.

The two sides also discussed supplies of COVID-19 vaccines and the human rights records of both countries, the ministers told a joint news conference, and the Quad alliance, a security group that also includes Australia and Japan and has also angered China.

Asked about China taking umbrage at Indo-pacific security cooperation and the Quad, Jaishankar told the news conference: “For groups of countries to work together is not strange... People need to get over the idea that somehow other countries doing things is directed against them.”

Speaking to a group of civil society leaders at a New Delhi hotel, Blinken said that the relationship between the United States and India was “one of the most important in the world”. “The Indian people and the American people believe in human dignity and equality of opportunity, the rule of law, fundamental freedoms including freedom of religion and belief . . . these are the fundamental tenets of democracies like ours,” he said. “And of course, both of our democracies are works in progress.

As friends, we talk about that.” In yet another tweet thanking the US Ambassador of India for the warm welcome, Blinken said, cooperation between our two nations continues to grow, and the work of @USandIndia, @USAndKolkata, @USAndChennai, @ USAndMumbai, and @USAndHyderabad to strengthen our ties with the Indian government and people truly makes a difference. Blinken also held a meeting with a representative of the Dalai Lama in New Delhi yesterday.

Blinken met briefly with Ngodup Dongchung, who presented him with a scarf from the Dalai Lama, a senior State Department official said.

Dongchung serves as a representative of the Central Tibetan Administration (CTA), also known as the Tibetan government in exile. “The Dalai Lama obviously is a globally revered spiritual leader and so the gesture was gratefully received and appreciated,” said the official, who briefed reporters on condition of anonymity 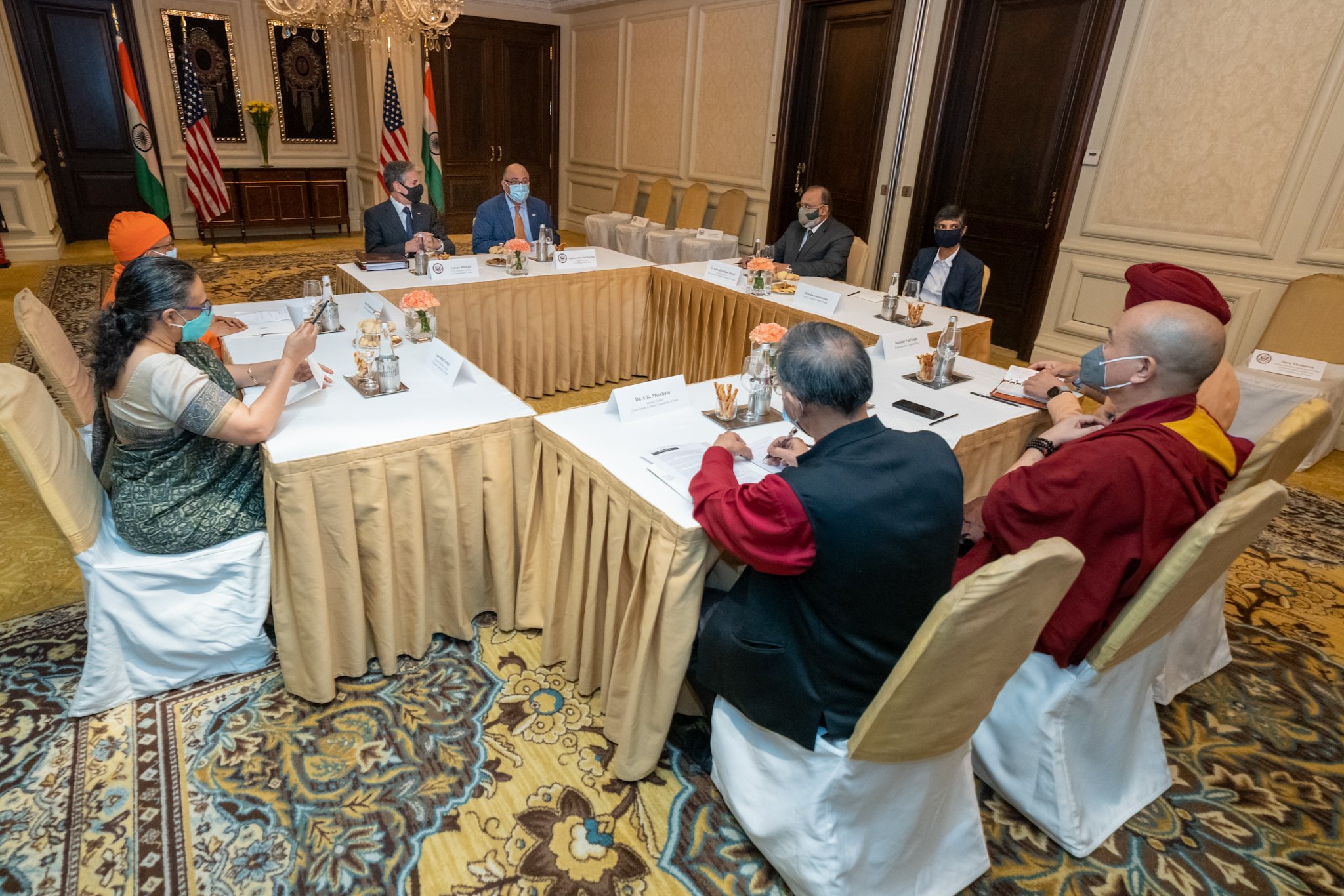 Blinken and US Ambassador to India Atul Keshap deliver remarks to civil society organization representatives in a meeting room at the Leela Palace Hotel in New Delhi, India 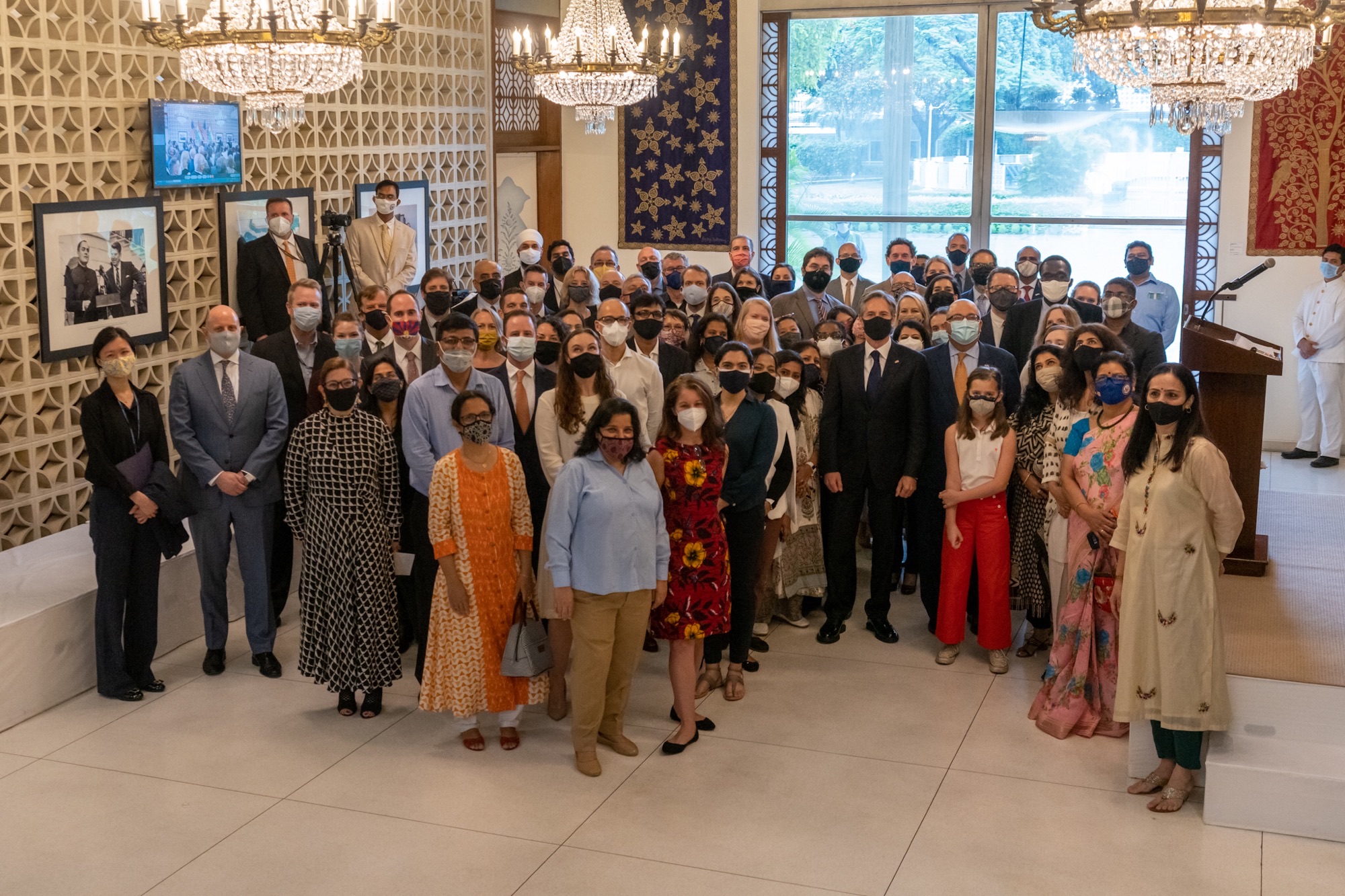 Blinken and US Ambassador to India for the warm welcome 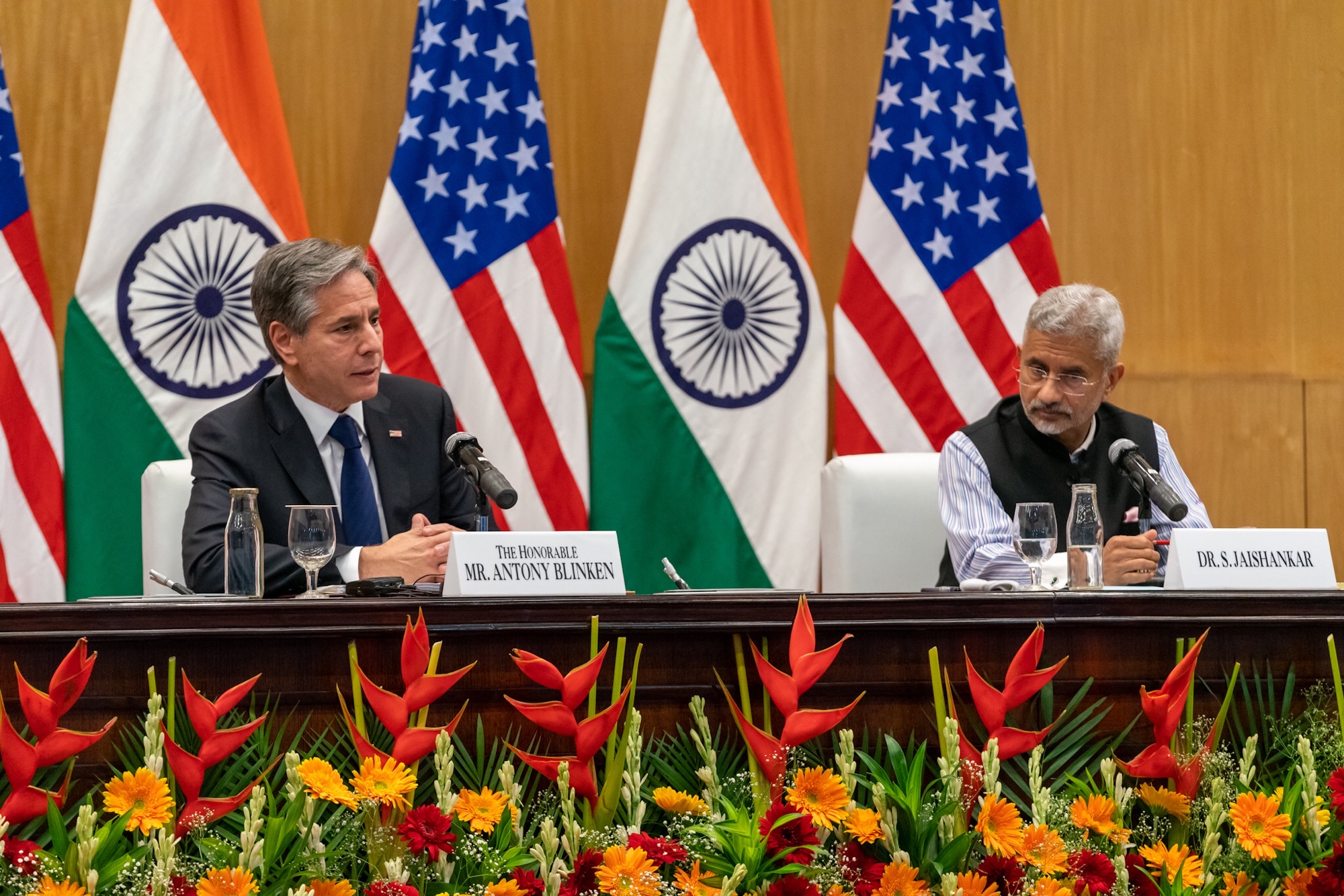 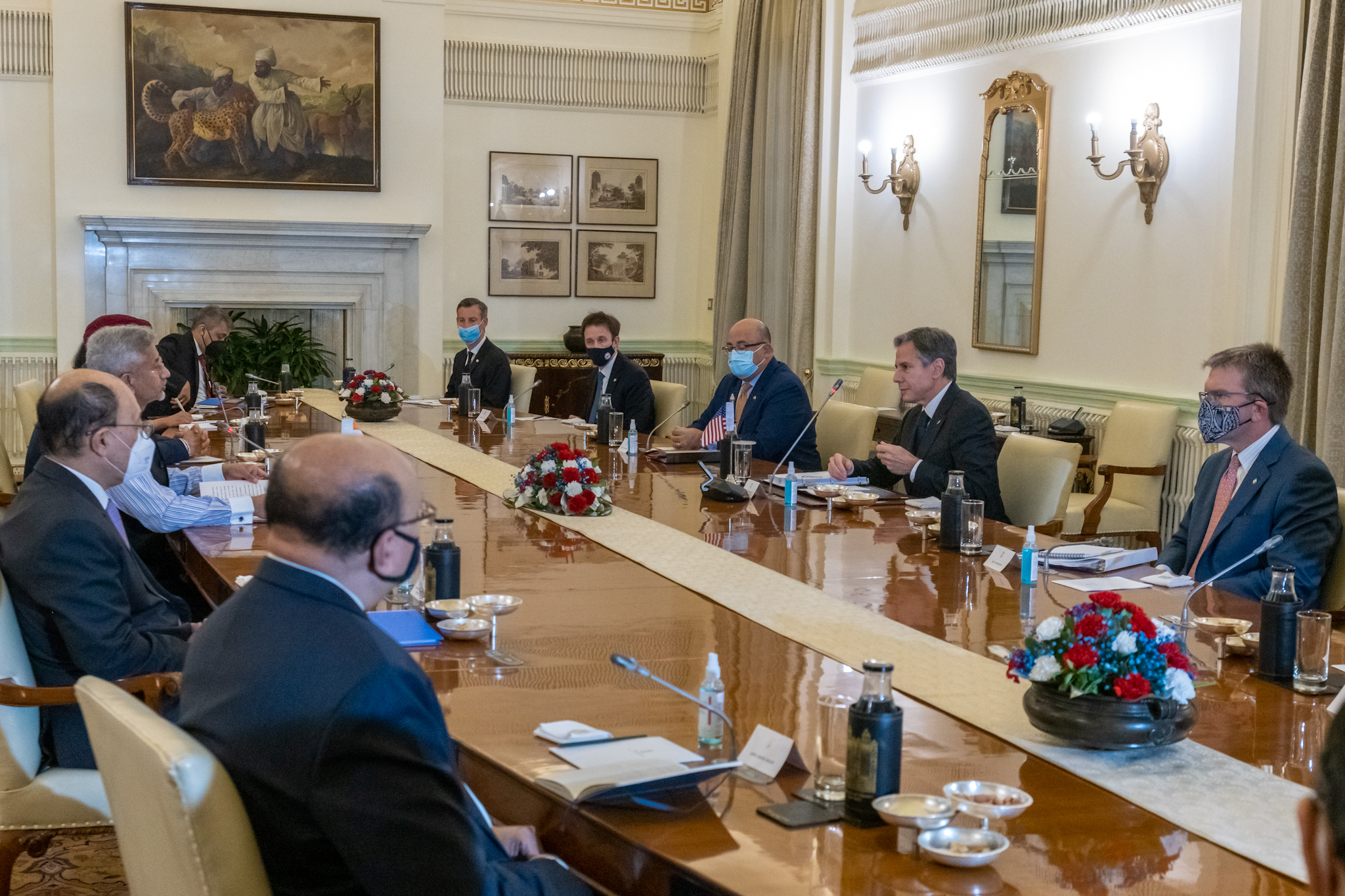 India’s Minister of External Affairs Subrahmanyam Jaishankar and U.S. Secretary of State Antony Blinken deliver opening remarks as they sit down to meet at Hyderabad House in New Delhi, India