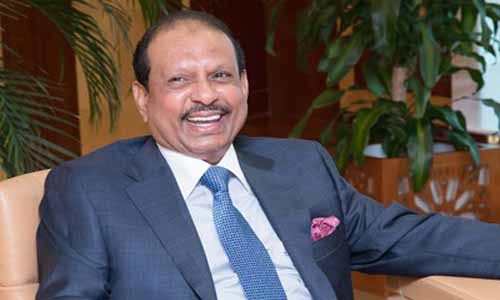 Indian business tycoon M.A. Yusuff Ali has returned to the UAE following a helicopter mishap in the south Indian state of Kerala.

Yusuff Ali, chairman and managing director of UAE-based Lulu Group International, was in the private helicopter that belly-landed in a swamp at Panagad near the Kerala University of Fisheries and Oceanic Studies early Sunday morning.

He is taking a rest at his home, an official spokesperson said.

The businessman and others underwent medical check-ups at a private hospital after the emergency landing.

Nandakumar noted that Yusuff Ali and others were discharged from the hospital and reached Abu Dhabi from Kochi.

“They landed early morning in Abu Dhabi on a special aircraft. All is well. After a hectic schedule since yesterday, they are taking rest in their home.”

The businessman, who was honoured with the Abu Dhabi Awards on Wednesday, had gone to Kerala to meet with his uncle, who is undergoing treatment at a hospital.

Nandakumar confirmed the Lulu boss is fully fit and healthy and there is no medical complication from the emergency landing.

Don’t let your guard down!