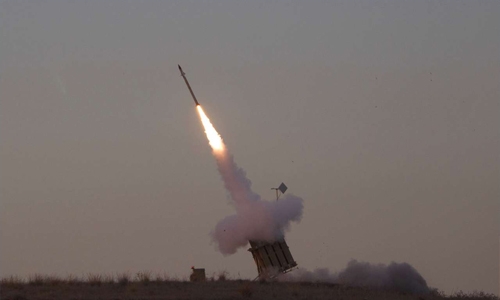 The Arab Republic of Egypt has expressed its strong condemnation of the Houthi militia's continuing terrorist attacks against the Kingdom of Saudi Arabia, the last of which was the launching of a ballistic missile towards Riyadh City and a number of bomb-laden UAVs towards the Southern Region of Saudi Arabia.

In a statement issued today, the Egyptian Ministry of Foreign Affairs affirmed Egypt’s solidarity with the Kingdom of Saudi Arabia and support for measures being taken by the Kingdom of Saudi Arabia to preserve its security, stability and citizens’ safety from such cowardly and despicable attacks that represent a grave violation of the international law and a clear threat to regional peace and security, Saudi Press Agency (SPA) reported.