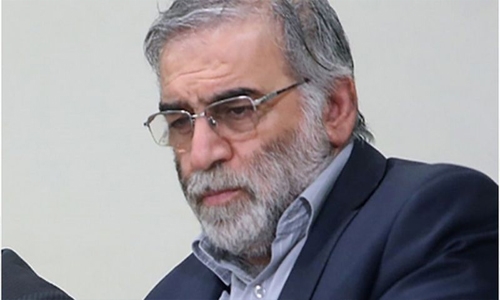 Iran has vowed to avenge the killing of its most senior nuclear scientist, Mohsen Fakhrizadeh, who was assassinated near Tehran on Friday.

Fakhrizadeh died in hospital after an attack in Absard, in Damavand county.

Iran insists its nuclear programme is for peaceful purposes.

The country's Foreign Minister Mohammad Javad Zarif, called on the international community to "condemn this act of state terror".

"Terrorists murdered an eminent Iranian scientist today," he said in a tweet.

Iran's UN ambassador Majid Takht Ravanchi said the killing was a clear violation of international law, designed to wreak havoc in the region.

Mr Zarif blamed Israel for the attack saying it had "serious indications of Israeli role".

There has been no comment from Israel on the news of the assassination.

Commander of the Islamic Revolutionary Guard Corps, Maj Gen Hossein Salami, said the "assassination of nuclear scientists is the most obvious violation of the global hegemony to prevent our access to modern sciences".

News of the killing comes amid fresh concern about the increased amount of enriched uranium that the country is producing. Enriched uranium is a vital component for both civil nuclear power generation and military nuclear weapons.

A 2015 deal with six world powers had placed limits on its production, but since President Donald Trump abandoned the deal in 2018, Iran has been deliberately reneging on its agreements.

Joe Biden has pledged to reengage with Iran when he becomes US president in January, despite longstanding opposition from Israel.

Former head of the US Central Intelligence Agency (CIA), John Brennan, said the killing of the scientist was a "criminal" and "highly reckless" act that risks inflaming conflict in the region.

In a series of tweets, he said Fakhrizadeh's death "risks lethal retaliation and a new round of regional conflict".

Mr Brennan added that he did not know "whether a foreign government authorised or carried out the murder of Fakhrizadeh". 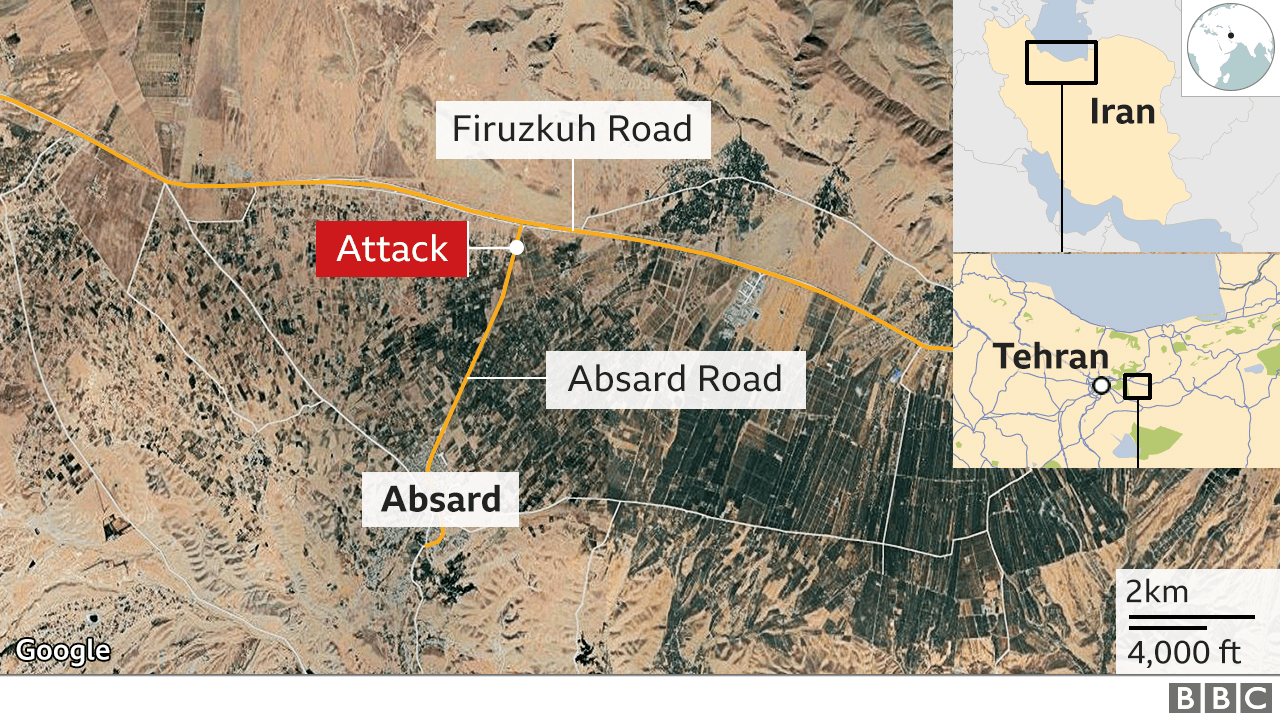 What happened to Mohsen Fakhrizadeh?

"After a clash between the terrorists and his bodyguards, Mr Fakhrizadeh was severely injured and rushed to hospital.

"Unfortunately, the medical team's efforts to save him were unsuccessful and minutes ago he passed away."

Iranian media reports said the attackers opened fire on the scientist in his car.

Fars news agency earlier reported there was a car explosion in Absard town, with witnesses reporting that "three to four individuals, who are said to have been terrorists, were killed".

Why was he targeted?

As head of the ministry of defence's research and innovation organisation, Fakhrizadeh was clearly still a key player. Hence Benjamin Netanyahu's warning, two years ago, to "remember his name".

Since Iran started breaching its commitments under the terms of the 2015 Iran nuclear deal, the country has moved ahead rapidly, building stockpiles of low-enriched uranium and enriching to a purity above the level permitted under the deal.

Iranian officials have always said such moves are reversible, but developments in research and development are harder to eradicate.

If Mohsen Fakhrizadeh was the key player Israel alleges, then his death could represent someone's effort to put the brakes on Iran's forward momentum.

With the US president-elect, Joe Biden, talking about taking Washington back into the deal with Iran, the assassination could also be aimed at complicating any future negotiations.

Who was Mohsen Fakhrizadeh?

Fakhrizadeh was the most renowned Iranian nuclear scientist and a senior officer of the elite Islamic Revolutionary Guard Corps.

He has long been spoken about by Western security sources as extremely powerful and instrumental in Iran's nuclear programme.

According to secret documents obtained by Israel in 2018, he led a programme to create nuclear weapons.

At the time, Israeli Prime Minister Benjamin Netanyahu said he identified Fakhrizedeh as the head scientist in the programme, and urged people to "remember that name".

In 2015, the New York Times compared him to J Robert Oppenheimer, the physicist who directed the Manhattan Project that during World War Two produced the first atomic weapons.

A professor of physics, Fakhrizadeh is said to have led Project Amad, the alleged covert programme that was established in 1989 to research the potential for building a nuclear bomb. It was shut down in 2003, according to the IAEA, though Mr Netanyahu said the documents retrieved in 2018 showed Fakhrizadeh led a programme which secretly continued Project Amad's work.

The IAEA has long wanted to speak to him as part of its investigations into Iran's nuclear programme.

Suspicions that Iran was using the programme as a cover to develop a nuclear bomb prompted the EU, US and UN to impose crippling sanctions in 2010.

The 2015 deal that Iran reached with the US, UK, France, China, Russia and Germany saw it limit its nuclear activities in return for sanctions relief.

Since President Donald Trump abandoned the deal, it has floundered. Earlier this month, the IAEA said Iran had more than 12 times the amount of enriched uranium than permitted under the deal.

Meanwhile, tensions between the US and Iran have escalated, peaking in January with America's assassination of Gen Qasem Soleimani, commander of the Iranian Revolutionary Guards' Quds force.