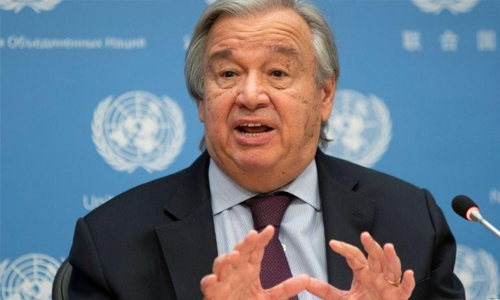 UN Secretary-General Antonio Guterres urged restraint on Friday, a U.N. spokesman said, after an Iranian nuclear scientist long suspected by the West of masterminding a secret atomic weapons program was assassinated near Tehran.

“We have noted the reports that an Iranian nuclear scientist has been assassinated near Tehran today. We urge restraint and the need to avoid any actions that could lead to an escalation of tensions in the region,” Guterres’ spokesman Farhan Haq said.