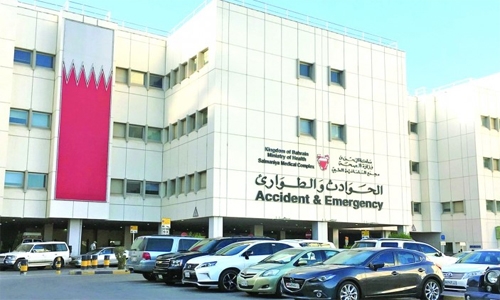 Thanks to the Health Ministry’s award-winning project, Bahrain has started successfully reducing the “inappropriate” usage of antibiotics and “unnecessary” patient stay in the hospitals.

The achievement was announced by Faeqa bint Saeed Al Saleh, the Health Minister, as she congratulated the project team headed by Dr Jamila Al-Salman.

The project developed by the team to ensure the optimal use of antibiotics won the Best Arab government project to develop the health sector.

The project, the Minister said, achieved a 50 to 60 per cent reduction in side effects of using antibiotics.

“It has contributed greatly in reducing the inappropriate use of antibiotics and slashing the associated costs,” the Minister stressed.

She pointed out that there was a considerable reduction in microbial resistance to drugs and unnecessary patient stay in the hospital after the implementation of the scheme.

“For which we worked to raising awareness among doctors and medical workers in the Salmaniya Medical Complex, primary care and health centres.”

First implemented in several wards of the Salmaniya Medical Complex (SMC), the scheme, based on positive results, was expanded to cover Salmaniya Hospital Primary Health Care.

“Plans are now progressing to include all health facilities and institutions in the Kingdom of Bahrain in future, the Minister said.

The Arab Government Excellence Award is organised by the Arab League’s Arab Administrative Development Organisation (ARADO), in cooperation with the UAE government.

Sheikh Mohammed bin Rashid Al Maktoum, the Vice-President and Prime Minister of the UAE and Ruler of Dubai, announced the winners.