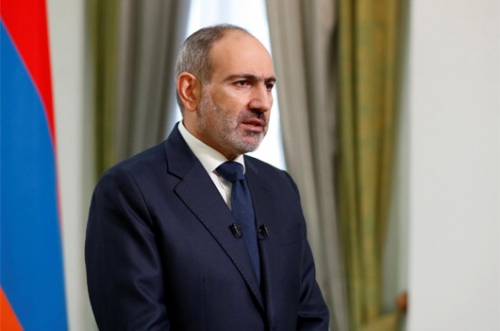 Armenian Prime Minister Nikol Pashinyan on Wednesday unveiled a six-month action plan he said was designed to ensure his country’s democratic stability even as the make-up of the government was in flux.

Pashinyan has rejected calls from opponents and protesters to resign over what they say was his disastrous handling of a six-week conflict between Azerbaijan and ethnic Armenian forces over the Nagorno-Karabkh enclave and surrounding areas.

Under a Russian-brokered peace deal, swaths of territory previously controlled by ethnic Armenians are being handed over to Azerbaijan whose forces recaptured chunks of territory which Baku lost in an earlier war in the 1990s.

Pashinyan, in a Facebook post, reiterated on Wednesday that he took full responsibility for what had happened, but said he was now responsible for stabilising Armenia and ensuring its national security.

“I am completely resolved,” he wrote, before listing 15 action points he wanted to target.

He said he wanted to try to restore a formal negotiation process over Nagorno-Karabakh under the auspices of the OSCE Minsk group and to prioritise the return of people to territory still controlled by ethnic Armenians.

That meant helping people restore homes and damaged infrastructure, offering financial help to the families of soldiers killed in the conflict, and caring properly for those who had been wounded.

He said he also wanted to address the legal status of Nagorno Karabakh, carry out military reform, amend election law, and focus on tackling the coronavirus pandemic and the economy.

“In June 2021 I will present a report on this road map,” Pashinyan wrote. “Public opinion and reaction will be taken into account for deciding future actions”.