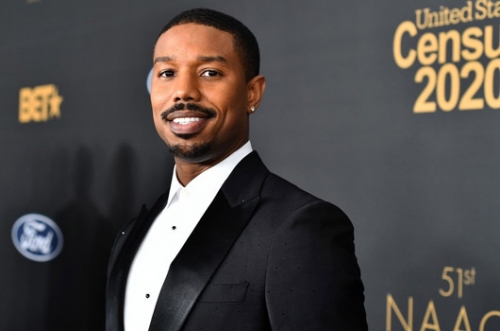 Actor-producer Michael B. Jordan has been named the Sexiest Man Alive by People magazine this year.

"It's a cool feeling," he told people.com while talking about the title.

"You know, everybody always made that joke, like, 'Mike, this is the one thing you're probably not going to get'. But it's a good club to be a part of," he added.

Jordan, globally popular for his role of boxer Adonis Creed in the Creed franchise of films, said the women in his family are "definitely proud of this one"."When my grandmother was alive, it was something that she collected, and then my mom naturally reads it a lot and my aunts as well. This is one that they're definitely going to have a special place for," said the actor, whose notable works include the indie feature Fruitvale Station, and his role of N'Jadaka or Erik 'Killmonger' Stevens in the superhero film, Black Panther.

Jordan has been working towards making Hollywood a more diverse workplace. His company, Outlier Society Productions, was the first to adopt an inclusion rider that requires filmmakers to have a diverse cast and crew, and has been actively associated with Black Lives Matter movement.

"I think there's a time and a place for everything. I've been picking my moments to make the most impact. We can all take action -- big or small -- to help create the change we want to see," he said.

Jordan credits his parents for all that he has achieved.

"My mom and dad sacrificed so much to provide for my sister, brother and me. I'm just grateful. Honestly it's like they all have had such an impact on me and who I am and how I approach each day. Without that, a lot of things about me just wouldn't be the same. So it all comes back to that foundation. I'm really thankful for that," he shared.

He will next be seen as a former Navy SEAL-turned-CIA operative in Tom Clancy's "Without Remorse", and hopes "to be maybe directing a little more, acting less, producing a lot more" in the coming future.