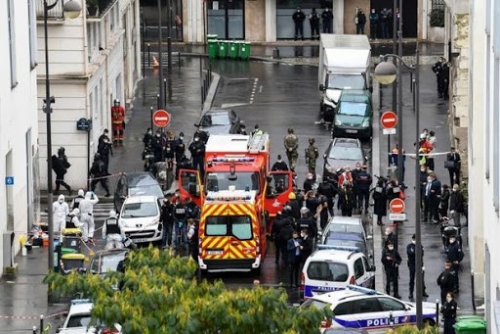 A Pakistan-born teenager has admitted to stabbing two people with a meat cleaver outside the former Paris offices of Charlie Hebdo magazine, investigators said yesterday, with nine people now detained over what the government condemned as “Islamist terror”. The 18-year-old said he wanted to avenge the republication of cartoons of the Prophet Mohammed by the satirical weekly, which in January 2015 was targeted in a massacre carried out by Islamist gunmen.

The attack on Friday came three weeks into a trial in Paris of suspected accomplices in the January 2015 attacks on Charlie Hebdo, a policewoman, and a Jewish supermarket that left 17 people dead. While the man is believed to have carried out the stabbings alone, eight other people are now also under arrest following two more detentions yesterday.