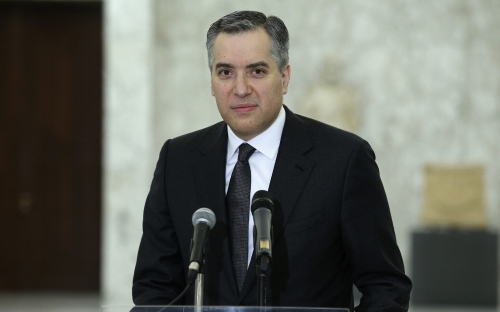 Lebanon’s premier-designate stepped down yesterday, saying he had been unable to form a reform-minded government to lift the country out of its worst economic crisis in decades. Lebanon’s last government resigned in the aftermath of a colossal blast at Beirut’s port on August 4 that killed more than 190 people, wounded thousands, and ravaged swathes of the capital.

Since his nomination on August 31, Mustapha Adib has been under pressure to form a new cabinet as soon as possible to carry out the necessary reforms to unlock billions of dollars in foreign aid. “I excuse myself from continuing the task of forming the government,” Adib said in a televised speech.

“I apologize to the Lebanese people... for my inability to realize its aspirations for a reformist team,” he said. Government formation can drag on for months in multi-confessional Lebanon, where a power-sharing agreement seeks to maintain a fragile balance between all sides.

This effectively means that all main political parties must agree on major decisions, including the makeup of any future cabinet even before it is submitted for parliamentary approval. Adib’s efforts to come up with a new line-up has been effectively blocked by the two main parties representing Lebanon’s large Shiite community -- Amal and Hezbollah.

The two parties have refused to budge on their demand to keep the finance ministry under their control. ‘Bound to fail’ Adib, a little-known 48-year-old former ambassador, was named just hours before French President Emmanuel Macron made his second visit to the country since the August 4 blast, pressing for the speedy formation of a reformist government.

Macron said he had secured commitments from all of Lebanon’s political parties to help Adib achieve that within a fortnight, but the deadline came and went. The premier-designate said it had become clear he no longer had support from all political forces. “As the efforts to form a government reached their final phase, it became apparent to me that this consensus... was no longer there and that forming one according to the criteria I had determined was bound to fail,” he said.