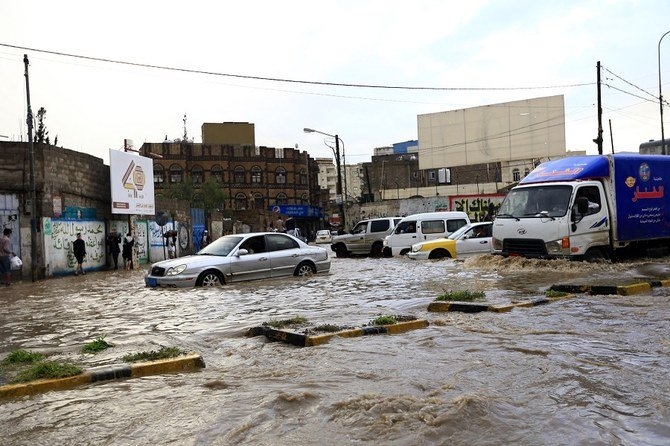 Severe flooding caused by heavy rains in Yemen’s Aden killed two with predictions of continued rainfall on Thursday as the city begins testing for coronavirus infections.

Medical sources told local daily Aden Al-Ghad on Wednesday that a man and a woman were caught by the floods. They were pulled from the water and transported to hospital, but died before receiving treatment.

Aden had also encountered a power outage after the rainfall. Officials in the electricity corporation said the stations had stopped operating.

Meanwhile, doctors warned the government to take quick action to resolve the issue of flooding as stagnant water could cause a large number of mosquitos that may carry infectious diseases.

Despite confirmation from local and international health officials that the war-torn country has not yet recorded a single case of the coronavirus, the UN official warned that the virus could overwhelm Yemen’s understaffed and poorly equipped health facilities.

Abd al-Nasser Abu Bakr, head of the department for combating infectious diseases at the WHO office in the Eastern Mediterranean, told CNN Arabic last week that he expected "an explosion in the number of coronavirus cases in Syria and Yemen."