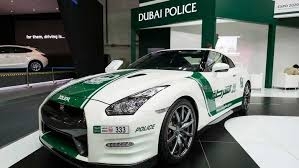 The force actively seeks to provide its patrols with the latest technology to help them secure the emirate.

This will officially be the first 5G-enabled patrol in the MENA region.

Dubai Police, in cooperation with Etisalat, has officially unveiled the first 5G-enabled smart patrol in the Middle East and North Africa region.

The smart patrol is equipped with AI technology and high-tech cameras that are connected directly to the Control and Command room via a 5G network.

The force actively seeks to provide its patrols with the latest technology to help them secure the emirate, according to Brigadier Khaled Nasser Al-Razooqi.

"Implementing 5G-enabled services is one of the many steps taken by Dubai Police to achieve this goal."