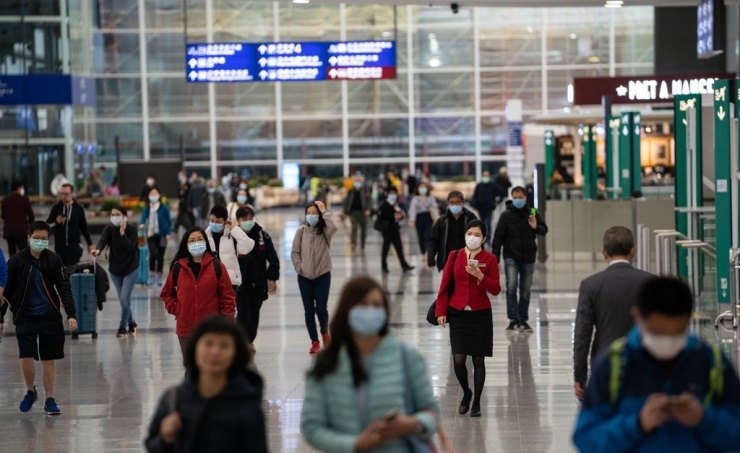 The number of deaths from the new coronavirus has risen to 811 in mainland China, the country's National Health Commission said Sunday.

The death toll thereby surpassed that of SARS, a respiratory disease which caused a global health scare in the early 2000, and which also began in China, Deutsche press agency (dpa) reported.

Across China, 89 new deaths and 2,656 new confirmed cases were reported, the vast majority in the province of Hubei. According to the commission's figures, health authorities recorded a total of 33,738 confirmed cases of the new coronavirus since the beginning of the outbreak in December.

The outbreak's epicentre is located in the city of Wuhan in Hubei province. There, the number of new cases of pneumonia caused by the virus rose by 2,147, the provincial health commission said. Also 81 new deaths were reported over the last 24 hours in Hubei, bringing the total to 780.

The virus, which has spread to about two dozen countries since first being identified, has only claimed the lives of two people outside mainland China, a Chinese man in the Philippines and a man in Hong Kong. Both victims had been to Hubei.

The coronavirus broke out at a seafood market in Wuhan that reportedly sold exotic animals for consumption – similar to the outbreak of SARS.

SARS infected 8,000 people and killed 800 globally between 2002 and 2003. It was linked to the consumption of civet cats, another exotic meat. The coronavirus belongs to the same family of viruses.

The Philippines were among a series of countries that repatriated their citizens from Wuhan.

Thirty Filipinos landed early Sunday at an air base south of Manila, the foreign affairs department said. They will remain quarantined at a housing facility used by athletes in last year’s South-East Asian Games for 14 days.

The Philippines has so far reported three confirmed cases in the country, including one death. All had been visitors from China.

A British charter plane is flying Britons and other foreign nationals out of Wuhan.

Around 20 German citizens are expected to arrive from Wuhan in Berlin on Sunday. Nationals from Italy, Greece, Denmark and Sweden were also said to be on the British evacuation flight.

A plane with Australian evacuees landed in Darwin on Sunday, ABC news reported.