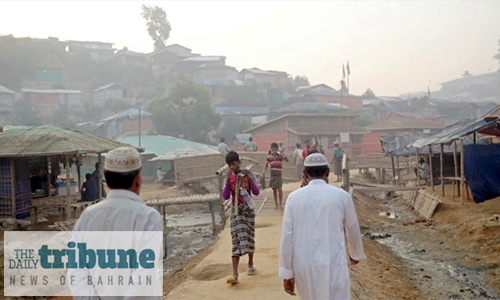 The International Court of Justice yesterday ordered Myanmar to take urgent measures to protect its Rohingya population from genocide, a ruling cheered by refugees as their first major legal victory since being forced from their homes.

A lawsuit launched by Gambia in November at the United Nations’ highest body for disputes between states accuses Myanmar of genocide against Rohingya in violation of a 1948 convention.

The court’s final decision could take years, and yesterday’s ruling dealt only with Gambia’s request for preliminary measures. But in a unanimous ruling by the 17 judge panel, the court said the Rohingya face an ongoing threat and Myanmar must act to protect them.

Myanmar must “take all measures within its power to prevent all acts” prohibited under the 1948 Genocide Convention, and report back within four months, presiding Judge Abdulqawi Yusuf said, reading out a summary of the judgement.