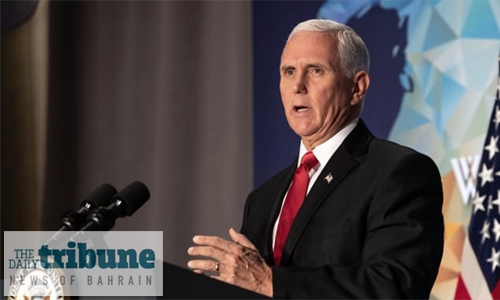 US Vice President Mike Pence urged world leaders gathered yesterday in Jerusalem to “stand strong” against Iran, calling it the only country where Holocaust denial is “state policy.”

“We must also stand strong ... against the one government in the world that denies the Holocaust as a matter of state policy,” Pence told the event held 75 years after the liberation of the Auschwitz death camp.

“The world must stand strong against the Islamic Republic of Iran.” Tehran denies it is trying to build a nuclear bomb and accusations of anti-Semitism, insisting that while it opposes the Jewish state and supports the Palestinian cause, it has no problem with Jewish people.