Boy, 15, dies after being rescued from Ashton Canal | THE DAILY TRIBUNE | KINGDOM OF BAHRAIN 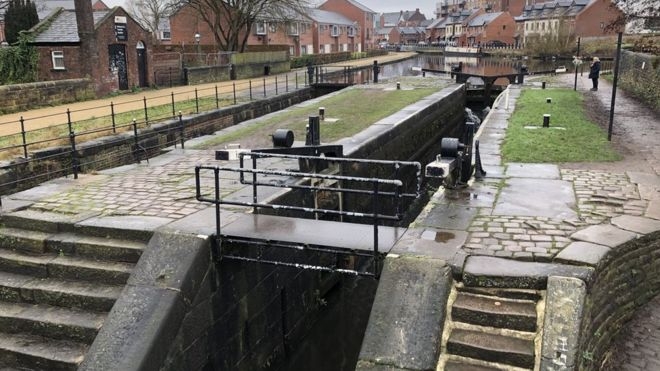 A 15-year-old boy who was rescued from a canal has died.

The teenager was pulled from the Ashton Canal in Droylsden, Tameside, at about 18:00 GMT on Wednesday.

Police, firefighters and paramedics were called to Fairfield Lock, Buckley Street, where crews used specialist equipment to rescue the boy, who was taken to hospital but later died.

Four fire crews, including the water incident unit from Eccles, spent an hour at the scene.

A witness said the boy, who is believed to have been with three other girls and a boy, tried to jump the lock and fell in.

"Upon arrival the casualty was rescued from the water and was taken to hospital by the North West Ambulance Service," a Greater Manchester Fire Service spokesman said.