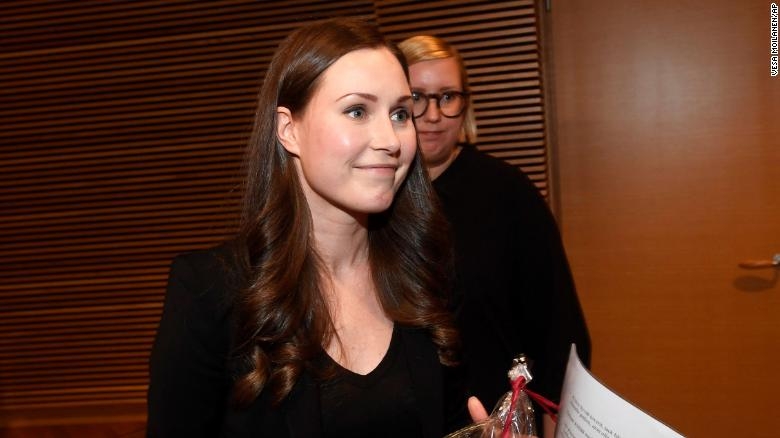 A Finnish politician is set to become the world's youngest sitting prime minister.

Sanna Marin, Finland's 34-year-old transportation minister, will also become the country's youngest ever prime minister when she is sworn in on Tuesday.
On Sunday, Marin narrowly won a vote among Social Democrat lawmakers, according to Reuters, and replaces outgoing Prime Minister Antti Rinne, who resigned on Tuesday after coalition partner the Centre Party said it had lost confidence in him over his handling of a postal workers' strike.
The prime minister-elect told reporters that she has "a lot of work ahead to rebuild trust," according to Reuters.
"I have never thought about my age or gender, I think of the reasons I got into politics and those things for which we have won the trust of the electorate," the Agence France-Presse news agency reported her as saying.
Marin rose through the ranks after leading the city council of her industrial hometown Tampere when she was 27, according to Reuters.
The Social Democrats are the largest party in a five-member governing coalition, according to Reuters. Marin took the top spot after beating the head of the party's parliamentary group, Antti Lindtman.
Marin isn't the only world leader in her 30s, though: Ukranian premier Oleksiy Honcharuk is 35 and New Zealand's Prime Minister Jacinda Ardern is 39.