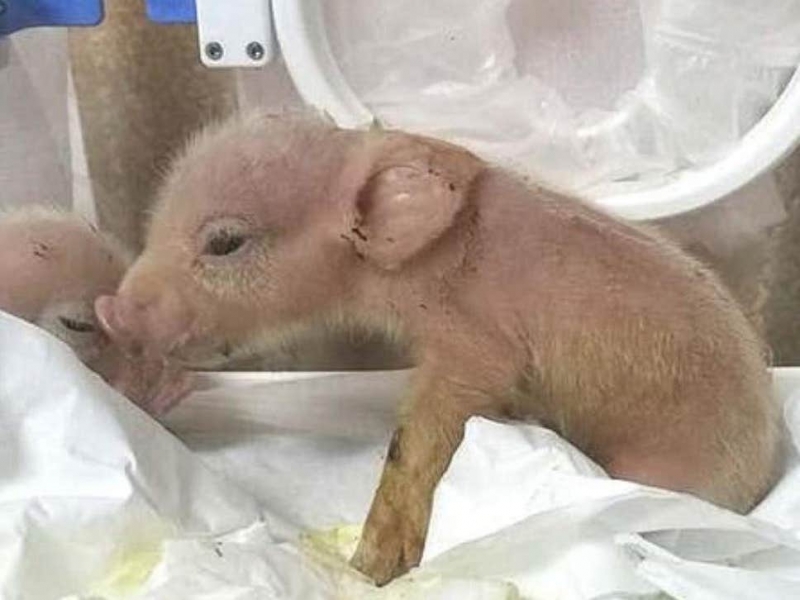 Chinese scientists have successfully bred monkey-pig hybrids as part of research into growing human organs for transplantation in animals.

Although the two chimera piglets died within a week of being born, both were found to have DNA from macaque monkeys in their heart, liver, spleen, lung and skin.

They were bred from more than 4,000 embryos which were implanted into a sow using IVF, according to a study report by the New Scientist.

A team from the State Key Laboratory of Stem Cell and Reproductive Biology in Beijing genetically modified monkey cells to produce a fluorescent protein allowing the researchers to track the cells and descendant cells.

These modified cells were injected into the pig embryos five days after fertilisation.

Ten piglets were born, of which two were so-called chimeras.

The scientists are aiming to repeat the experiments to create healthy animals with higher concentrations of monkey DNA and to eventually reproduce an animal with an organ containing only monkey DNA.

The research paper, published in Protein and Cell, said the results brought the team “one step closer to producing tissue-specific functional cells and organs in a large animal model…”