Archaeologists accidentally break eggs that had been going off for 1,700 years | THE DAILY TRIBUNE | KINGDOM OF BAHRAIN

Archaeologists accidentally broke three Roman eggs that had been going off for 1,700 years.

The excavators unearthed a basket of four chickens’ eggs in a waterlogged pit during a dig in Aylesbury, Buckinghamshire.

Three of the eggs cracked, releasing an overpowering “potent stench”, however the team managed to preserve the fourth one – making it the only complete Roman chicken’s egg found in Britain.

Experts from Oxford Archaeology think the waterlogged pit may have been used as a sort of Roman wishing well.
Stuart Foreman, dig project manager, said: “There’s a very good reason it’s the first and only find in the UK.”
He added: “In a pit that has been waterlogged for thousands of years you get things that would never survive in a dry environment.

“But it’s incredible we even got one out. They were so fragile.”

Alongside the eggs were dozens of coins, shoes, wooden tools and a “very rare” basket.

Edward Biddulph, who spent three years analysing the find, added: “Passers-by would have perhaps stopped to throw in offerings to make a wish for the gods of the underworld to fulfil.

The Romans associated eggs with rebirth and fertility, for obvious reasons.

“We have found chicken bones and broken eggshells in Roman graves in Britain before, but never a complete egg.”

Experts said the pit was initially used for malting grain to brew beer from 2nd to 3rd century AD, before it started being used for offerings.

They found the egg at a dig site located next to the A41 in Aylesbury, which lies on an old Roman road which connected St Albans, Bicester and Cirencester.

The only other example of a completely intact Roman chicken egg was recovered from under the hand of a child buried in Rome, which was reported in 2010.

The British egg is now wrapped up in acid-free tissue in a plastic box at Oxford Archaeology’s headquarters.

It will go on show at the Buckinghamshire County Museum alongside the other finds.

The dig was part of the condition of planning permission for the Berryfields site, a mix of housing and community facilities.

It took place between 2007 and 2016, and analysis of the finds has been ongoing since then. 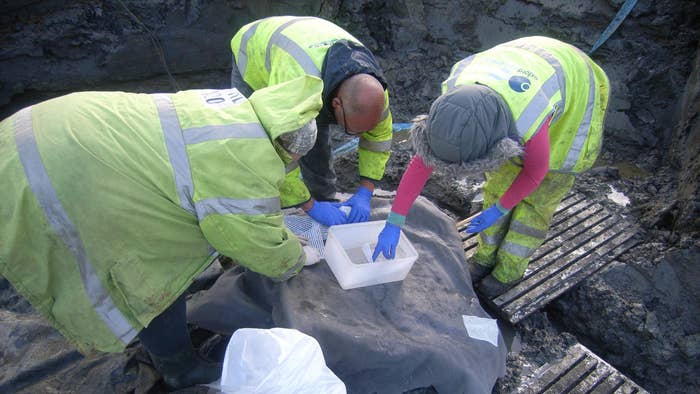 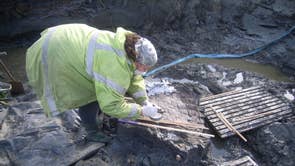