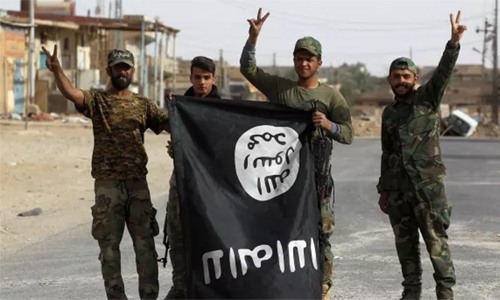 IS claims attack in Egypt’s Sinai that killed officer

The Islamic State group has claimed an attack this week in Egypt’s restive Sinai Peninsula that killed an officer and wounded three others.

A statement by the extremist group released late on Wednesday on a militant-linked website says its fighters had targeted an armored vehicle carrying Egyptian forces with a roadside bombing the previous day in the town of Sheikh Zuweid.

Egyptian officials had said a captain was killed and four members of the security forces were wounded in a roadside bombing on Tuesday.

Egypt has been battling an Islamic insurgency in Sinai, led by the regional IS affiliate, that intensified after the overthrew of Mohammed Morsi, in 2013. The militants have carried out scores of attacks, mainly targeting security forces and minority Christians.