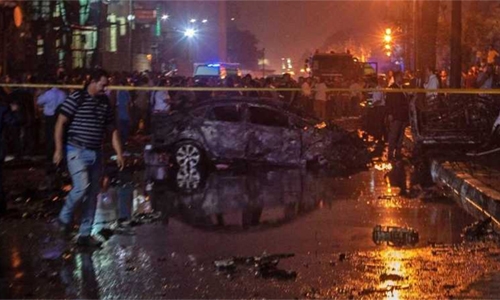 At least 19 people have been killed when a speeding car driving against traffic crashed into three others causing a huge explosion in Cairo, the Egyptian health ministry said yesterday.

The car crash happened just before midnight Sunday outside the National Cancer Institute in central Cairo and also wounded 30 people, the ministry added. Between “three and four (of the injured) are in critical condition in the intensive care unit,” Khaled Megahed, a spokesman for the health ministry, told an early Monday news conference. He said they suffered from “several burns of varying degrees”. Body parts were also retrieved from the scene, he added.

Social media users posted footage of cars ablaze at the scene and of patients being evacuated from the Cancer Institute. Egypt’s prosecutor general has ordered an investigation to determine the causes of the crash.

Man walking in reverse to save forests