Kim in Russia for talks | THE DAILY TRIBUNE | KINGDOM OF BAHRAIN 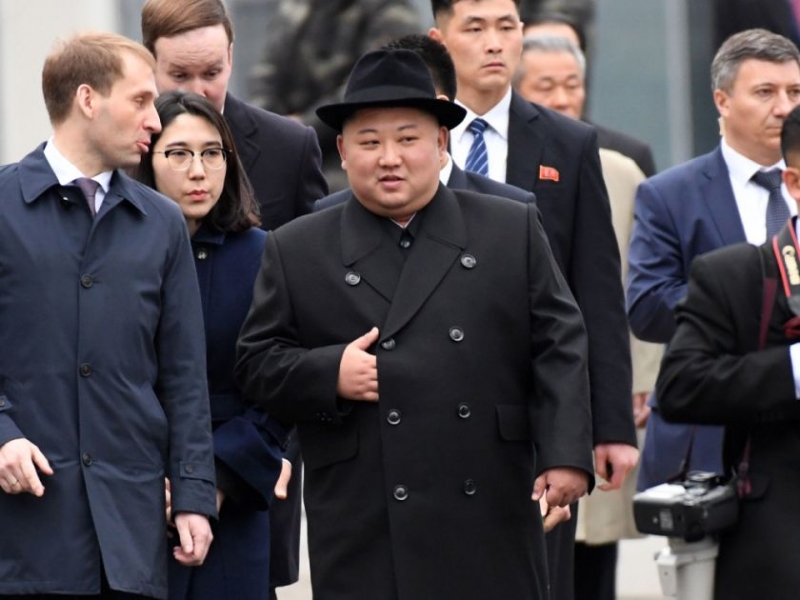 Kim in Russia for talks

North Korean leader Kim Jong Un said he was looking forward to his first talks with President Vladimir Putin as he arrived in Russia on Wednesday seeking support in Pyongyang’s nuclear deadlock with the United States.

Kim’s armored train rolled into the Tsarist-era station in Russia’s Pacific port city of Vladivostok, where the summit will take place today. Wearing a long black coat and fedora, Kim stepped out onto a red carpet on the station platform before making his way outside where he was received by an honor guard and military band. His limousine drove off after the ceremony, bodyguards in suits running alongside.

The talks, only confirmed at the last minute, will be Kim’s first face-to-face meeting with another head of state since returning from his Hanoi summit with US President Donald Trump, which broke down in February without a deal on the North’s nuclear arsenal. “I hope this visit will be successful and useful,” Kim told Russian television in the border town of Khasan, where women in folk costumes welcomed him with bread and salt in a traditional greeting.

“I hope that during the talks... I will be able to have concrete discussions on resolving situations on the Korean Peninsula and on the development of our bilateral relationship,” Kim said. Putin was due to arrive in Vladivostok on Thursday, then fly on after the talks for another summit in Beijing.