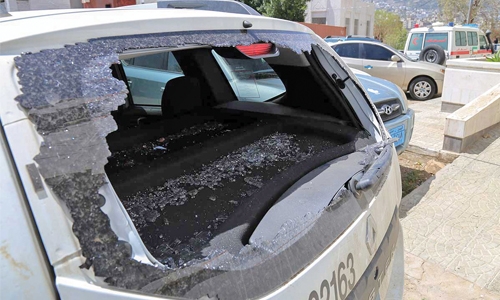 Aden : Pro-government soldiers and jihadists clashed yesterday in Yemen’s southern city of Taez following the killing of an aid worker with the International Committee of the Red Cross, police said.

Fighting in the city’s Jahmaliah district came after the governor of Taez launched an operation against jihadists that were behind the murder of the ICRC employee over the weekend.

Jahmaliah is controlled by pro-government forces but there is a jihadist presence in the area, a police officer told AFP.

A large portion of Taez, Yemen’s third-largest city, is held by pro-government fighters but the entrances to the city are controlled by Huthi militia.

Fierce clashes broke out after the operation was launched yesterday morning, according to the officer, who was unable to provide further details.

On Sunday, Taez governor Amin Ahmad Mahmud, loyal to President Abedrabbo Mansour Hadi, created a special force of police and army units tasked with launching an operation against jihadists who killed the ICRC employee on Saturday.

The Lebanese aid worker, Hanna Lahoud, was shot in Taez by unidentified assailants.

A New Approach to Peace