Escape Plan: The Extractors - Stallone back for more macho mayhem | THE DAILY TRIBUNE | KINGDOM OF BAHRAIN 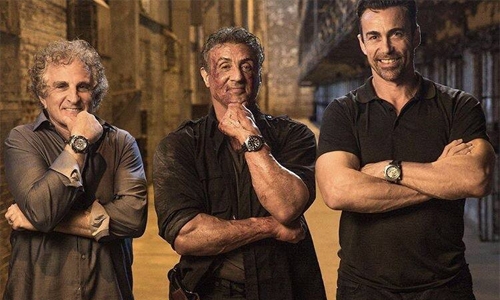 Escape Plan: The Extractors - Stallone back for more macho mayhem

Blunt and boneheaded as ever, the latest installment in this series is given a steely edge by filmmaker John Herzfeld. This almost makes up for the undercooked script and unimaginative production design. The film is relentlessly, gleefully grisly, but all of the battle action all feels gratuitous. And the Chinese plot element feels opportunistic. Still, there’s some mindless fun to be had.

As a Hong Kong corporation considers investing in post-industrial small-town Ohio, thugs kidnap company executive Daya (Melise), who happens to be daughter of the boss (Wong), locking her in a shabby, notoriously impenetrable prison in Latvia called Devil’s Station. Prison expert Ray (Stallone) gets involved when he learns that his former partner’s son Lester (Sawa) is behind this. And when his cohort/girlfriend Abigail (King) is taken as well, he convenes a team including Trent and Jules (Bautista and Hull), plus Daya’s bodyguard Bao (Shum) and mysterious henchman Shen (Zhang), for a rescue operation.

Everything and everyone looks exactly as you’d expect. The Chinese are sleek and cool in their private jets and glassy offices, while the baddies wear rumpled leather jackets around their dusty, badly lit, post-apocalyptic hideouts. The background music (by VÃctor Reyes) gives the move a TV-thriller feel with its obvious cues. Meanwhile, Stallone’s growing ensemble creates a kind of Expendables-lite tone. “It’s a hellhole like I’ve never seen,” grunts Trent about the prison, reminding viewers that it’s worse than Hades, the prison in part 2.

Acting isn’t the strongest aspect of a movie like this, as everyone mainly just growls at each other. Stallone tries to inject a hint of pathos into his inane lines as a man whose beloved is being held hostage. He also quickly kicks into Rambo mode as the rescue goes awry. But the formula is so obvious, and poor King so wasted, that the more emotive moments feel amusing rather than pointed. Bautista is strangely sidelined, so Sawa is able to steal the show with his mercurial charisma.

Herzfeld adds some strong visual flourishes, but never escapes the sense that this film was shot around days when the bigger-named cast members were unavailable. Stallone and Bautista are off-screen more than on, and only rarely together. Zhang has some nice moves, but the filmmakers are more interested in Bautista’s handheld cannon. Thankfully, he also gets a particularly muscly fistfight. Then Zhang gets an even better one with Bernhardt. Perhaps that’s all fans want to see.

Amazon to offer job skill training to 100,000 US workers