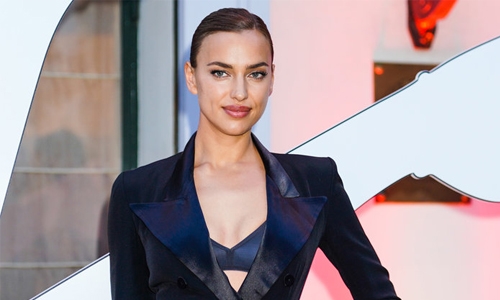 In her first interview since parting ways with actor Bradley Cooper, supermodel Irina Shayk revealed that she still believes in the institution of marriage and hasn’t given up on love. The model knows that her fairytale ending is still somewhere out there and spoke about believing in marriage in a candid interaction with Harper’s Bazaar, reported E! News.

Although she and Cooper called it quits in June, after more than four years of being together, the Russian model revealed that she has not given up on the idea of falling in love again. “Do I believe in marriage,” she mused during an interview with Harper’s Bazaar for their summer digital cover.

“Yes, of course. I’m not the kind of person who is against it,” she said. For Shayk and Cooper, the months leading up to their breakup were plagued by harsh rumours. The speculations of both parting ways reached an all-time high during awards season as Cooper promoted ‘A Star Is Born’ with his co-star and onscreen love interest, Lady Gaga.

Escape Plan: The Extractors - Stallone back for more macho mayhem