Pavarotti: Documentary on famed tenor hits most of the right notes | THE DAILY TRIBUNE | KINGDOM OF BAHRAIN 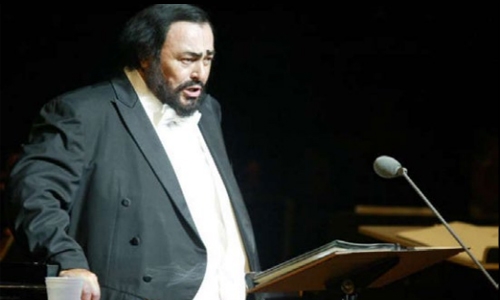 Pavarotti: Documentary on famed tenor hits most of the right notes

Pavarotti is a 2019 documentary film directed by Ron Howard about operatic tenor Luciano Pavarotti. The film had a nationwide premiere event through Fathom Events on June 4, 2019, and was released in theatres on June 7, 2019. Pavarotti is an American-British venture, with CBS Films and HanWay Films serving as distributors. On review aggregator Rotten Tomatoes, the film holds an approval rating of 85% based on 39 reviews, with an average rating of 6.76/10.

The website’s critical consensus reads, “Pavarotti pays entertaining tribute to a towering cultural figure with a documentary whose evident affection for its subject proves contagious.” On Metacritic, the film has a weighted average score of 67 out of 100, based on 16 critics, indicating “generally favourable reviews”. CBS News said the “new documentary about Pavarotti soars like his legendary voice”.

USA Today said the film “serves as a vivid reminder of just how huge a role the great tenor Luciano Pavarotti played for a generation” and that “the passionate way the infectiously beaming, Hawaiian shirt-loving opera star lived his life is the most enchanting element of Pavarotti.” The New York Times said “If Luciano Pavarotti ever had a bad day, you wouldn’t know it from Pavarotti, an upbeat film that recounts the singer’s life, or at least its better moments.”

On the other hand, NPR said the film “misses all the right notes,” adding “Pavarotti feels like a missed chance to tell a good story.” The Washington Post described the documentary as “terrible but timely”, a “mediocre film, imperfect and annoying,” that opera lovers should nevertheless watch.

Deutsche Bank careers end in an envelope, a hug and a cab ride