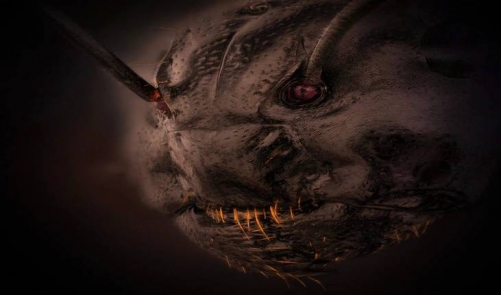 A super-magnified image of an ant, giving an impression of monstrous proportions, has spooked social media users.

The photo was one of the many striking images from Nikon's 2022 Photomicrography Competition. The contest recognises the best photos taken through microscopes.

The ant, a miniscule creature, can induce terror when magnified under a microscope five times, as Dr. Eugenijus Kavaliauskas' photo has shown.

The insect appeared in the photo with violet-coloured eyes and golden fangs, seemingly bearing a sinister expression.

"The ant's face is giving me nightmares," a Twitter user wrote. "

Another comment described the photo as intriguing and terrifying.

"Nikon's 2022 Photomicrography Competition yielded some pretty phenomenal shots but this one stood out for obvious reasons," a third user said.

While it was certainly striking, the ant photo did not win the prize. The top honour went to a picture of a Madagascar gecko's embryonic hand.

Nikon Small World Competition was launched in 1975 to acknowledge photography done through the light microscope. Since then, the competition has become a leading platform for photomicrographers  across scientific disciplines.

Anyone can enter the contest, that has a history of rewarding photography enthusiasts as well as as professionals.