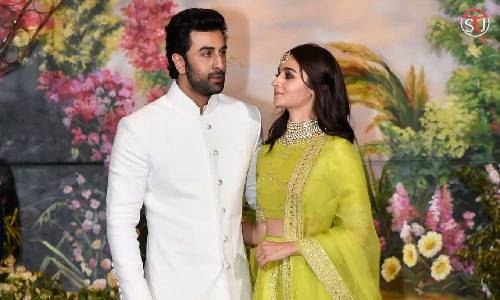 The most anticipated Bollywood wedding of the year is currently under way in Mumbai. Actor Ranbir Kapoor, 39, is set to marry actress Alia Bhatt, 29, on Thursday, with only close friends and family in attendance.

Festivities began on Wednesday with a mehndi ceremony in the afternoon, followed by a sangeet in the evening.

Kapoor’s mother Neetu Singh confirmed the wedding date to photographers outside the actor's home, Vastu, in Bandra, Mumbai, which is the venue for all the functions. Paparazzi photos of the families heading to Vastu have already made their way to social media, though it may be a while before fans can get a glimpse of the ceremonies.

Security has been beefed up and there are reportedly more than 200 bouncers at the venue, with phone cameras being taped off at the venue entrance.

He is also the son of actress Singh and late actor Rishi.

The functions on Wednesday will be followed by the wedding ceremony on Thursday. It is rumoured that Bhatt will wear a Sabyasachi design for the ceremony, following in the footsteps of several actresses who have chosen the designer for their big day in the past few years, and designs by Manish Malhotra for the other events.

Despite the wedding being a close-knit affair, featuring mostly the couple's good friends and family members, celebrities such as Varun Dhawan, Karan Johar, Ayan Mukerji and Sanjay Leela Bhansali will also be attending the ceremony.

It is believed the couple will host a big reception at the Taj Mahal Palace in Mumbai on Sunday, which will feature a star-studded guest list including Shah Rukh Khan, Deepika Padukone, Ranveer Singh and Arjun Kapoor.

Kapoor and Bhatt made their first big public appearance together in May 2018 at actress Sonam Kapoor’s wedding reception. The couple were originally due to get married in 2020, but the wedding was postponed owing to the pandemic, and was delayed further so they could wrap up the first part of their film Brahmastra Part One: Shiva.

The film marks the first time Kapoor and Bhatt will be seen on the big screen together.

Brahmastra Part One: Shiva is part of a trilogy, and is currently scheduled to be released on Friday, September 9. The plot of the superhero film, directed by Kapoor's close friend Mukerji, has been kept closely under wraps. It also stars Amitabh Bachchan, Mouni Roy and Nagarjuna Akkineni.

On Wednesday, Mukerji also released a teaser of the first song, Kesariya, from the film, to coincide with the first day of the wedding festivities.

Baharat chef Onder Sahin on the history, speciality and recipe of Turkish pide