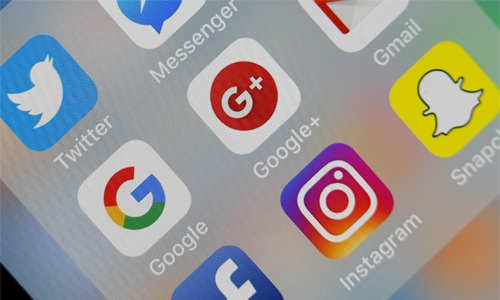 Twitter and Google responded to the new regulations relating to social media in India on Thursday, but both were in opposite camps. While Twitter appeared critical of the new law, Google expressed full confidence in the government and promised to cooperate with the new rules.

“Right now, we are concerned by recent events regarding our employees in India and the potential threat to freedom of expression for the people we serve,” said a Twitter spokesperson, responding for the first time.

“We, alongside many in civil society in India and around the world, have concerns with regards to the use of intimidation tactics by the police in response to enforcement of our global Terms of Service, as well as with core elements of the new IT Rules.”

The company asserted that it planned to advocate changes to elements of these regulations that “inhibit free, open public conversation. We will continue our constructive dialogue with the Indian Government and believe it is critical to adopt a collaborative approach. It is the collective responsibility of elected officials, industry, and civil society to safeguard the interests of the public."

New IT rules have been introduced by the government, which directs social media platforms to set up a grievance redressal mechanism, have an officer who will register a grievance within 24 hours and dispose it of in a fortnight. They will have to appoint an India-based chief compliance officer to ensure compliance with the act and the rules.

The new rules also state the nodal contact person should be in India for 24x7 coordination with law enforcement agencies. Social media outfits will also have to publish monthly reports of the complaints received and the status of redressal. The grievance redressal system will be through over the top (OTT) and digital portals.

WhatsApp was the first to challenge this move, claiming in the Delhi high court that the new rules relating to traceability for identifying originators of messages violated the right to privacy under the Indian law and its end-to-end encryption policy.

But Google, which has a strong presence in India, appeared to reconcile with the new rules. Sundar Pichai, an Indian-American, originally from Chennai, who studied in the US and took over as CEO of Alphabet Inc and its subsidiary, Google, said the company was committed to complying with local laws in India.

"It's obviously early days and our local teams are very engaged,” he said on Thursday. “We always respect local laws in every country we operate in and we work constructively. We have clear transparency reports, when we comply with government requests, we highlight that in our transparency reports.”

Describing a free and open internet as ‘foundational,’ he said India had a long tradition of accepting this. He said technology was touching society in deeper and broader ways and the landscape is evolving at a fast pace.

"So, we fully expect governments rightfully to both scrutinize and adopt regulatory frameworks. Be it Europe with copyright directive or India with information regulation, we see it as a natural part of societies figuring out how to govern and adapt themselves in this technology-intensive world."