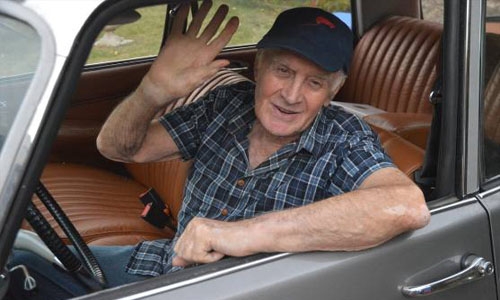 A veteran of more than 1,400 films and TV commercials, Julienne had been in intensive care in a hospital in the central town of Montargis since early January.

"What was bound to happen has happened. He left us early in the evening (Thursday). It was predictable, he was on an artificial respirator," a relative told AFP.

His death was confirmed by an MP from the Loiret region, Jean-Pierre Door, a friend of Julienne's.

Julienne was born in Cepoy near Montargis in 1930.

A French motocross champion, he began his film career in 1964 when he doubled for French actor Jean Marais in a film called Fantomas in which he was required to ride a motorbike.

"They needed someone who was very controlled," he said of this experience. "It ended up being me. It was the start of a huge adventure."

His 50-year career saw him fly over Venice hanging onto a rope-ladder attached to a helicopter, being hit in the face with a pumpkin while riding a motorbike, and countless car crashes.

He doubled for some of the world's most famous actors, including Bond stars Sean Connery and Roger Moore, as well top French names including Yves Montand, Alain Delon or Jean-Paul Belmondo.

He worked on six James Bond movies in total, including "GoldenEye" and "For Your Eyes Only".

"Fear is necessary before and after, but never during," he once said of his time of film sets.