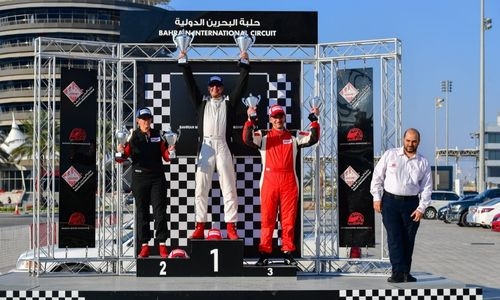 Andrew Ray and Mohammed Adham Zaydan were both victorious over the weekend in their respective championships held as part of National Race Day at Bahrain International Circuit (BIC) in Sakhir.

Ray claimed an outstanding double in the second round of the 2022/2023 BIC 2,000cc Challenge, while Zaydan raced to an impressive win in the opening event of the Bahrain Motorcycle Championship.

All the racing took place along the 2.550-kilometre Inner Track at “The Home of Motorsport in the Middle East”. In the BIC 2,000cc Challenge, Raed Himmo started the day off by pipping Ray to the top of the timesheet by a mere 0.499 seconds in Practice.

Himmo went on to capture pole position for Race One after setting the pace in Qualifying with a best lap of one minute 18.459 seconds— again finishing ahead of Ray.

But at the start of the opening 12-lap sprint, Ray was able to capture the lead in his Honda Integra on the very first lap following an intense battle with Himmo.

The pair continued to duel with Himmo holding the advantage, but the former 2,000cc champion suddenly retired from the race on lap nine with car trouble.

With Himmo stopping his Honda Civic track side, Ray went on to inherit the lead and held on to take the chequered flag unopposed in a winning time of 16:14.931.

Wiebke Buelow in a Honda Civic finished as the runner-up 12.179 seconds behind, while Majed Himmo, also in a Civic, took the final podium place 14.510s from the victor.

Bassim Al Alawi in a Honda CRX was fourth, Moaz Elzahrawi in a Civic came fifth, and Isa Ebrahim in a Civic came sixth, with Raed Himmo completing the classification in seventh place.

In race two, Raed Himmo was unable to start, thus Isa Ebrahim was alone on the front row with Ray at the very back. After a quick getaway, Ebrahim spun at the first turn and Ray had to react quickly to avoid a collision.

Al Alawi and Elzahrawi both gained the lead momentarily until Ray took over at the front early in the second lap. 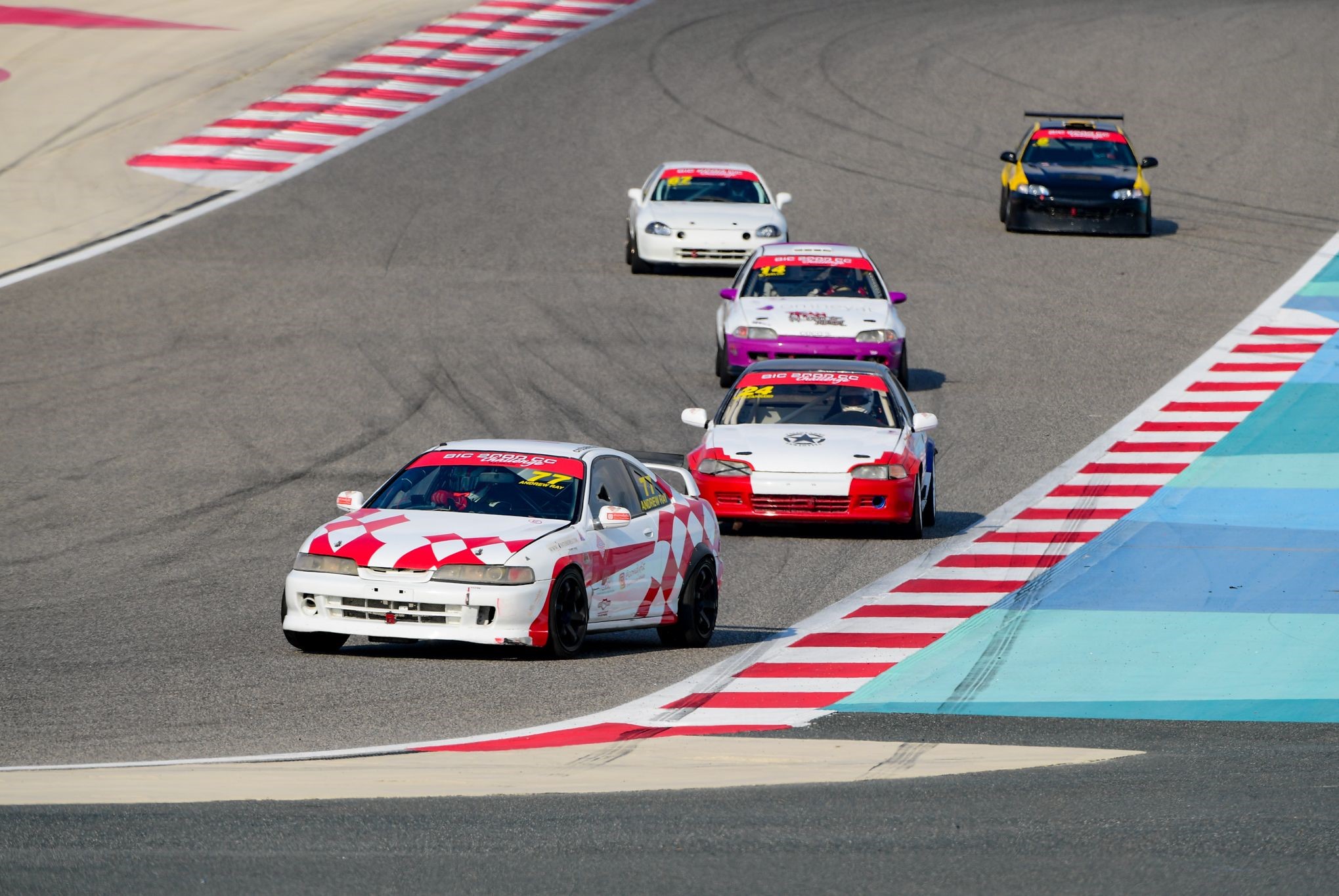 He powered to the finish from there, winning in a time of 16:28.870. Ray enjoyed a comfortable gap of 23.397s from Buelow, who was the runner-up once again, while Majed Himmo completed the same podium finishers 39.711s from first. Ebrahim, Al Alawi and Elzahrawi rounded off the classification.

Meanwhile, in the Bahrain Motorcycle Championship, Zaydan had a perfect weekend, topping both Practice and Qualifying before going on to win the single 18-lap race in 22:01.997.