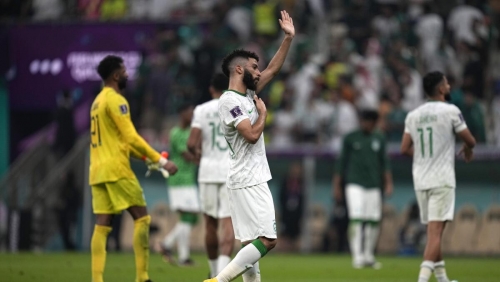 Saudi Arabia is set to host the 2027 Asian Cup after India withdrew its bid.

The Asian Football Confederation issued a statement Monday saying the All Indian Football Federation had withdrawn from the host selection process. No reason was published.

The bids from India and Saudi Arabia had been shortlisted by the AFC’s executive committee in October and the final decision was expected to be made at a regional congress in February. Saudi Arabia is now the only candidate to host the 2027 tournament.

The 2023 Asian Cup will be played in Qatar after China withdrew as host. Qatar, which is hosting the ongoing World Cup, has already staged the Asian Cup twice.

The Saudis started their World Cup campaign in Qatar with a stunning 2-1 upset win over Argentina, but didn't advance to the knockout stages after back-to-back losses to Poland and Mexico in Group C. Argentina topped the group and then edged Australia in the Round of 16 to qualify for the quarterfinals.