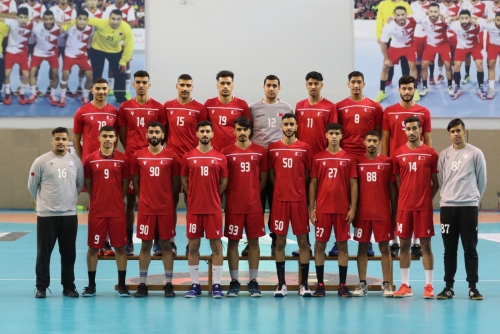 Bahrain have named their final line-up for the 17th Asian Men’s Junior Handball Championship, which gets underway in Bahrain on Friday and continues until July 24. The squad of under-20 nationals features 18 players, the Bahrain Handball Association has announced.

There are eight nations in all taking part in the competition. Bahrain are in Group B alongside Japan, India and Pakistan. Group A consists of South Korea, Saudi Arabia, Iran and Kuwait. The Bahrainis have won the Asian title once in the past in 1998 when the event was also held in the Kingdom.

They will be hoping to repeat that success and they begin their championship bid against their Pakistani counterparts on opening night. Bahrain then take on India on Sunday, before facing off with Japan on Tuesday next week.

The preliminary round concludes on July 20 with the last Group A matches. All games are scheduled to be held at the Khalifa Sports City arena in Isa Town. The upcoming Asian junior competition also acts as a qualification event for the International Handball Federation (IHF) Men’s Junior World Championship, with the top four teams directly qualifying.

The global showcase is scheduled to be held next year and co-hosted by Germany and Greece. The upcoming tournament in the Kingdom was supposed to be held in 2020, but it was cancelled due to the COVID-19 pandemic.

Bahrain were the bronze-medallists in the tournament’s previous edition in 2018. The junior nationals held an overseas training camp in Budapest in preparation for the Asian competition. There, they played a number of international friendly matches against some tough opposition.